Bittrex is launching its first Initial Exchange Offering to sell XRD tokens by RAID to users of Bittrex International.

While Initial Coin Offerings saw a decline in popularity across 2018, this year we are witnessing a resurgence, largely led by renowned crypto exchange operators, Binance and now Bittrex.

Some of the key hurdles for projects to raise funds via token sales were lack of trust in the system, delays in token distribution and lack of liquidity via exchange listings. Now, with major exchanges becoming the middlemen, some of these issues appear to be resolved and investors are showing increasing interest.

Binance kick-started the trend with Binance Launchpad, which hosted GIFTO and BREAD sales in late 2017, but the platform gained major hype this year with the BitTorrent and Fetch.Ai sales, where the latter managed to raise $6M in 10 seconds.

According to the official announcement by Bittrex,

As per the project brief,

“RAID is a project that aims to have game data circulated transparently by applying blockchain technology. RAID is vitalizing the game data industry with OP.GG, the largest game data company as well as the first partner, by imbuing the improved efficiency into the existing game market”.

Verified Bittrex International users will be able to login to their accounts to participate in the token sale via BTC.

Meanwhile, commenting on the development, Binance CEO Changpeng Zhao Tweeted in support of the new initiative by Bittrex. He termed fundraising via blockchain to be a ‘killer app’ and believes that such initiatives will support entrepreneurs and the crypto industry. 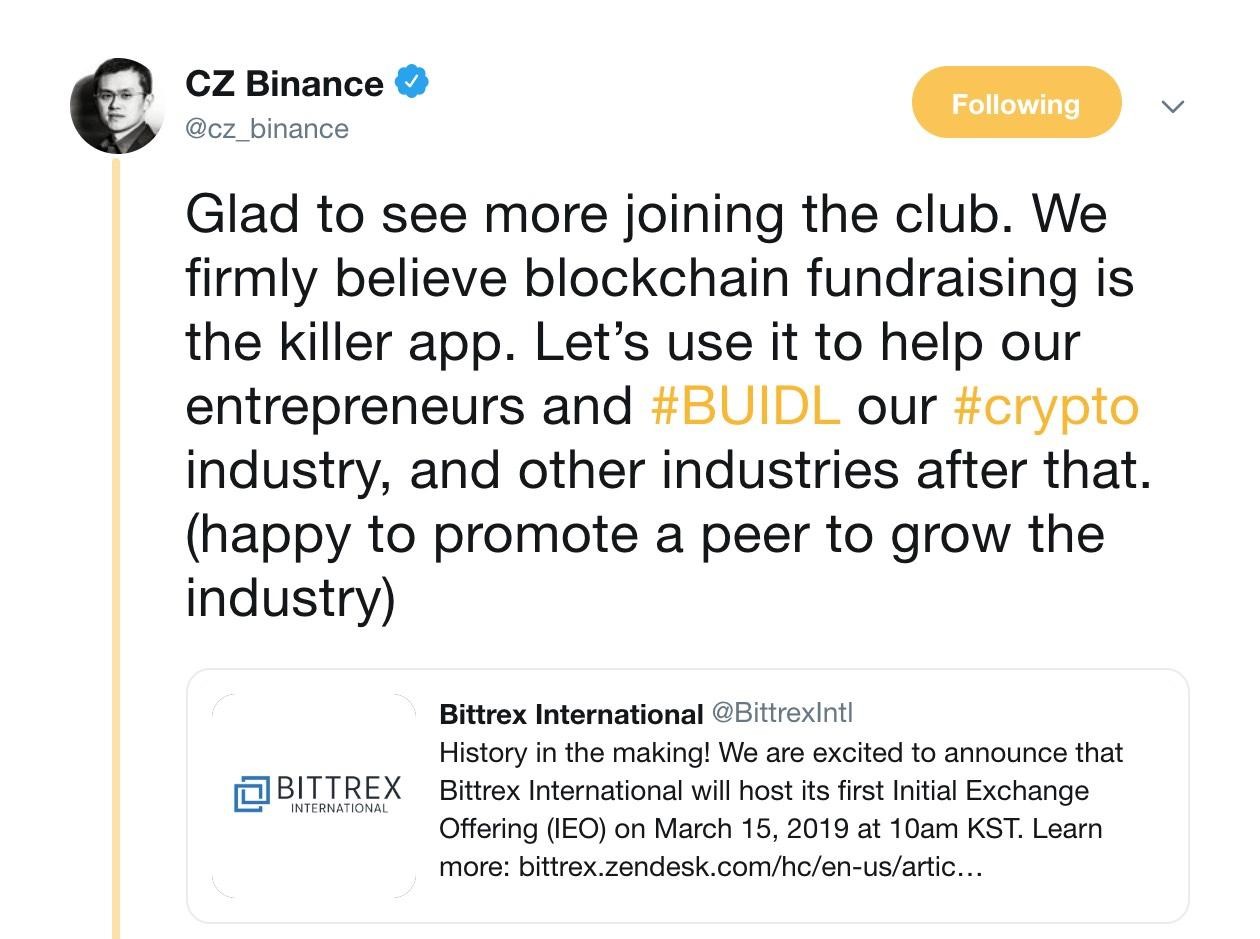