Bitcoin has just broken above $7,800 for the first time since July 2018, after a new wave of bullish momentum takes over the crypto market.

In the last hour, Bitcoin buyers have added an extra 5% gain to Bitcoin’s increasing value as the American trading session heats up.

Trading volumes have also risen by over $1.2 Billion according to data from Coinmarketcap, which has helped catapult BTC over a major resistance level at $7,440.

Historically, this particular level has been a significant problem for BTC on 3 occasions ; namely where it created the first major pullback during the Q4 2017 rally, and when it prevented BTC from recovering during the July crash of 2018 (see below). 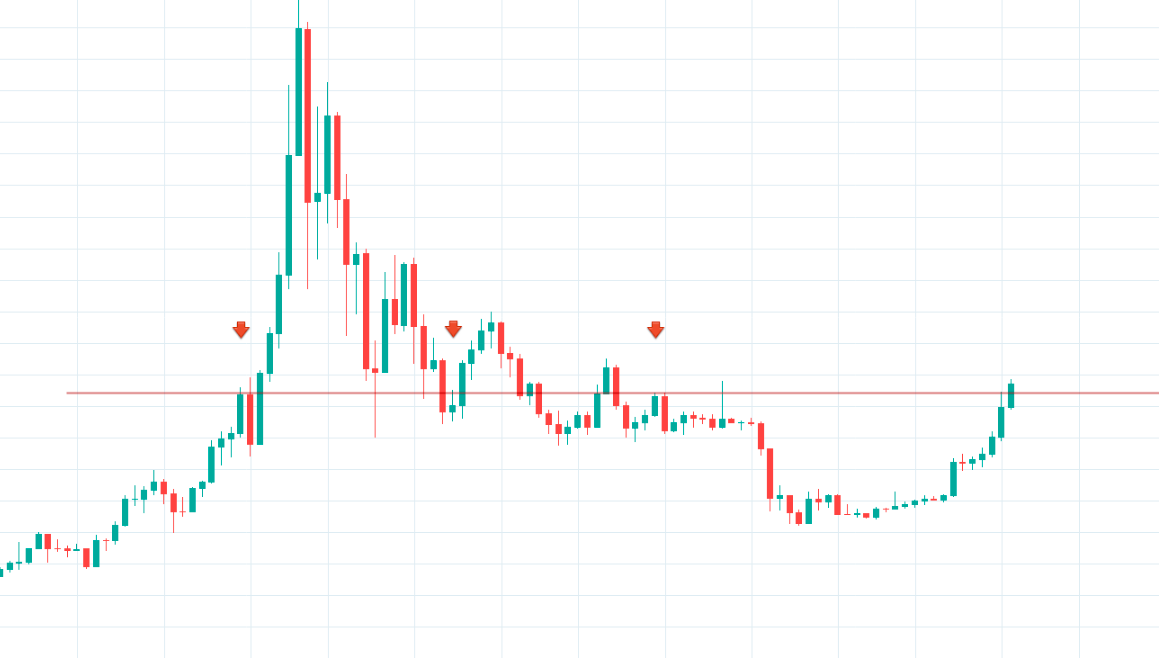 At the time of writing, Bitcoin is reporting double digits gains against the US dollar, with a 10.54% gain and rising. The psychological $7,700 level is creating some intraday resistance right now but overall, momentum still appears to be growing. 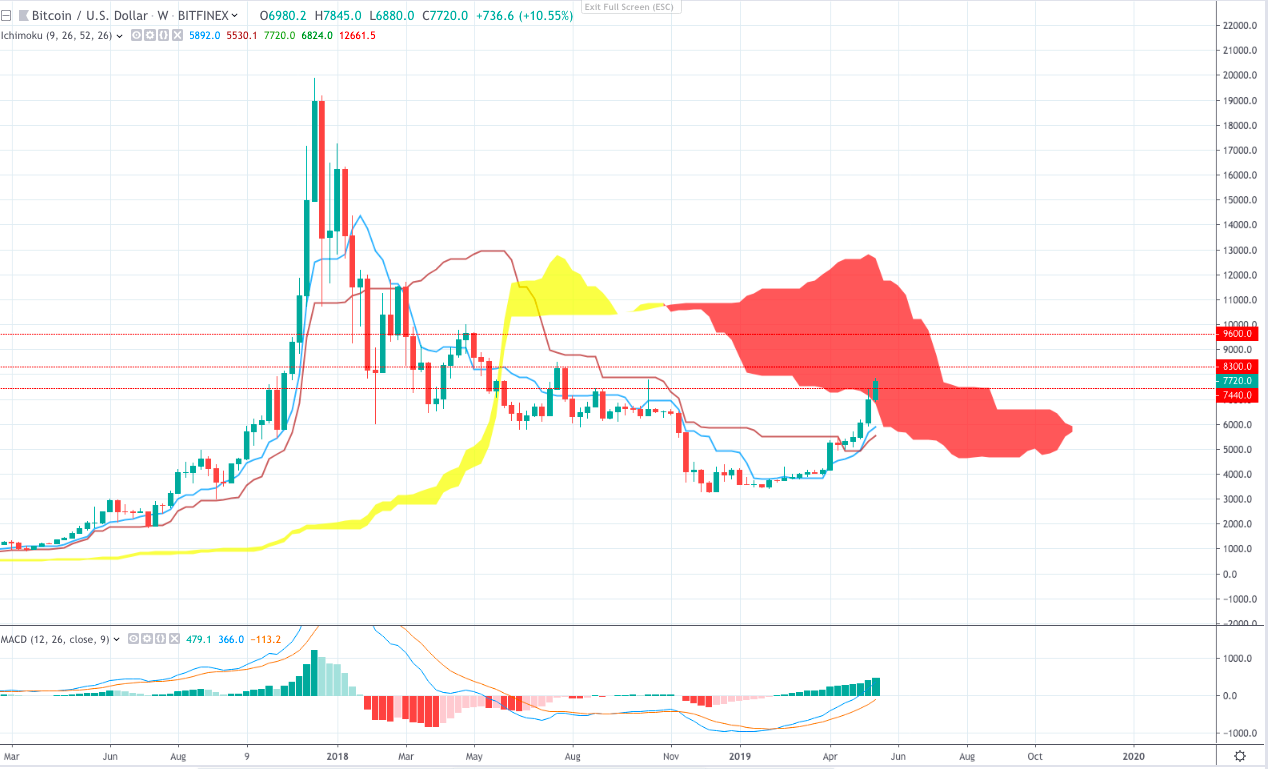 On the 1W BTC/USD chart, we can see that candles are now beginning to climb into the bearish kumo cloud on the Ichimoku indicator, accompanied by a bullish T/K crossover. This is a very promising signal for Bitcoin, and if candles can close above the red cloud then we will have a strong confirmation that BTC is about to bullishly reverse.

On the 1W MACD indicator we can also see that the 12MA has broken above the signal line for the first time since it diverged below the level in June 2018. On the histogram, we can also see increasing buying volume (green bars) which is another promising sign for bullish traders.

Looking back at the previous highs, it is likely that the $8,300 level will create the first major resistance for BTC, if it continues its meteoric rise. This sits only 6.02% away from BTC’s current price at $7,800, which is more than achievable given its recent performance today.