Binance shocked the community earlier in the week when it announced that hackers had managed to bypass the exchange’s security protocols and make off with 7,000 Bitcoins ($42 Million).

Despite the company’s SAFU fund covering the heavy loss, the value of the platform’s native currency, Binance Coin (BNB), has plummeted. So far the asset has unravelled all the way back down to the psychological $20 level even though BNB recently hit a new all-time high on April 20, at $25.49.

The asset’s decline has also been exacerbated by Bitcoin’s triumphant return above $6,000, which is currently drawing investment away from the altcoin market. BTC market dominance is now back above 57% for the first time since September 2018, and its market capital is now back to previous levels seen prior to the Bitcoin Cash war in November, last year.

Today, the #7 cryptocurrency is down a further -1.39% against the US dollar as trading confidence continues to depart from the asset. Now the asset faces even more problems as the price action heads towards the 300 SMA on the 4H chart. If bulls fail to prop up the asset at this key stage, then it’s more than likely that BNB will continue its rapid decline towards much lower supports. 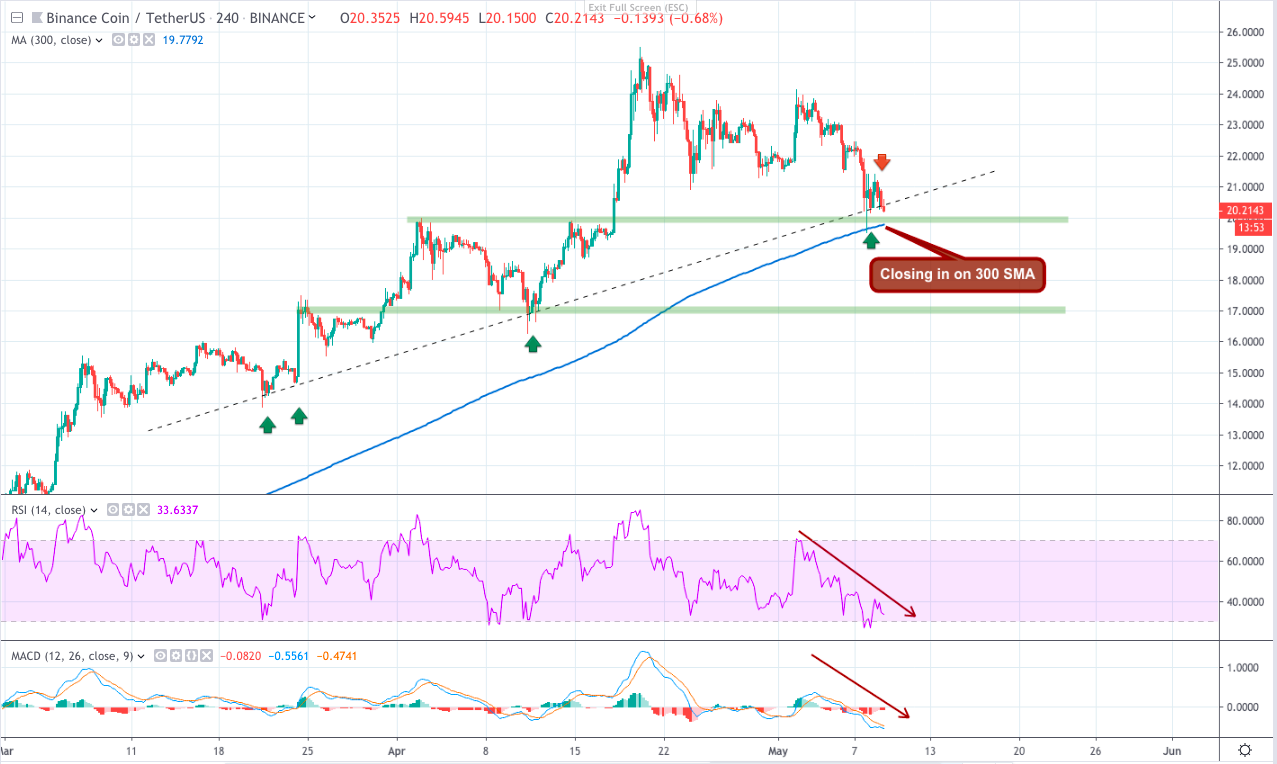 On the 4H BNB/USDT we can see that the price action has just broken through its uptrending base support (black dashed line), which had previously played an important role in catching the 4 major lows (green arrows) during the asset’s climb towards its new all-time high.

Looking at the 4H RSI and MACD right now, we can see that both indicators are showing strong downtrends in momentum, with the RSI making consistently lower highs and lows, and the MACD moving averages continuing to crash further below the signal line. From this it appears highly unlikely that BNB will be able to hold above $20 for much longer.

Over the next week, BNB will be hoping to find temporary support along the $19.80 area (top green line) before it comes into contact with the dreaded 300 SMA below. Should this support level fail to slow down the asset’s decline, and the price action finds itself on the 300 SMA, then we could see panic selling accelerate the price action’s downtrend as traders lose faith in the asset’s short-term prospects.

From there, there is a fairly strong support at the $18.75 level which could create a push back opportunity if enough buyers can rally at this point to overcome the mounting selling momentum.

If that fails, then there is a second major support around the $17.00 mark which seems like a promising level for the asset to recover along.

On the 1D BNB/USDT chart there is the potential for a bearish head and shoulders setup to form if the price actions does manage to rebound off the $17.00 level (see below). 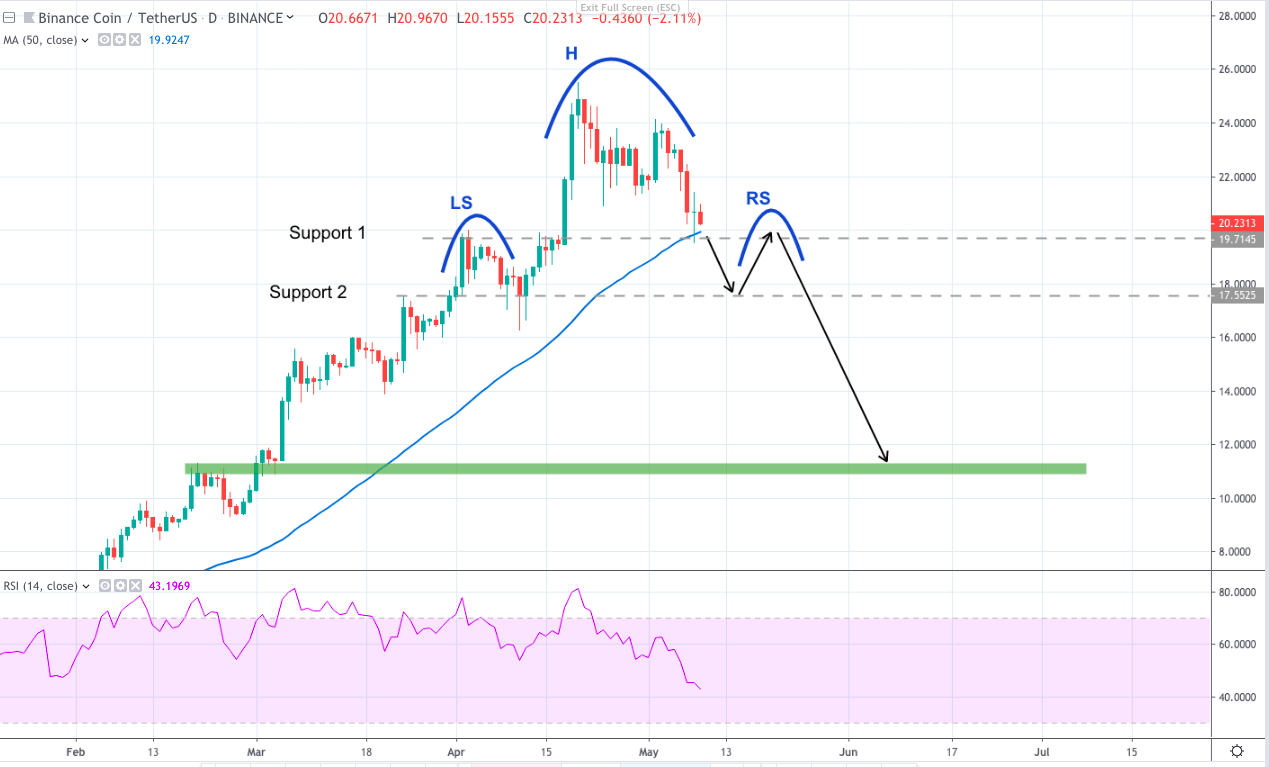 If this plays out, then the next major support for BNB after the H&S pattern is completed is likely to be way down around the $11.31 mark (green area).

All ROIs are calculated from the asset’s current value at $20.25 (AToW).

*If H&S pattern plays out.