Verge (XVG) which saw a major surge in December amidst much hype, now seems to be in troubled waters after missing the deadline for Wraith Protocol, which was supposed to be released at midnight, on NYE.

Wraith Protocol, the most anticipated release from Verge (XVG), was widely hyped and expected to be finalized before 2017 ended. However, as the Verge community stayed glued to their screens on new year’s eve, updates from the team were sparse.

Eventually, the midnight deadline passed without the release, leading to panic selling and a major price dip, from around 1,700 Sats to 1,260, before recovering momentarily and falling again, trading at 1,178 at the time of writing. 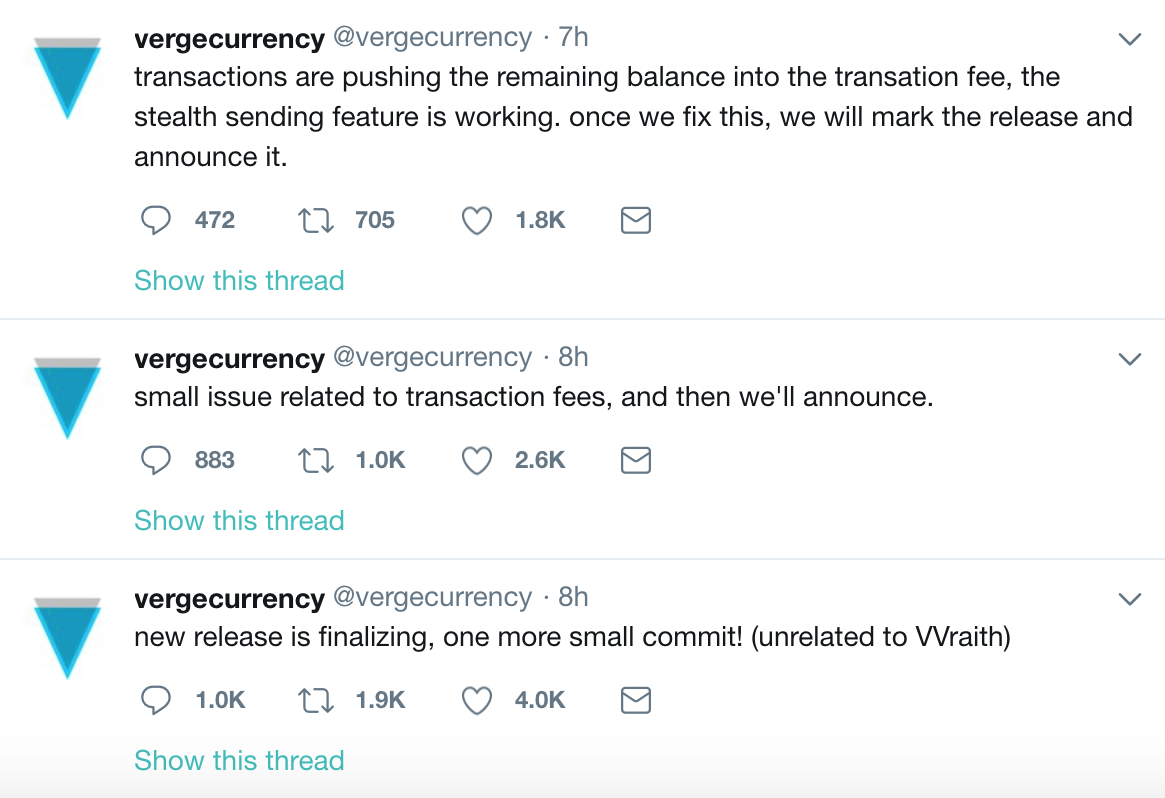 Finally, a few hours ago, the team confirmed that the OSX release of the XVG client with Wraith Protocol support was finalized and available for download. However, High Sierra users facing issues were asked to run terminal commands to iron out a bug causing the client to crash. 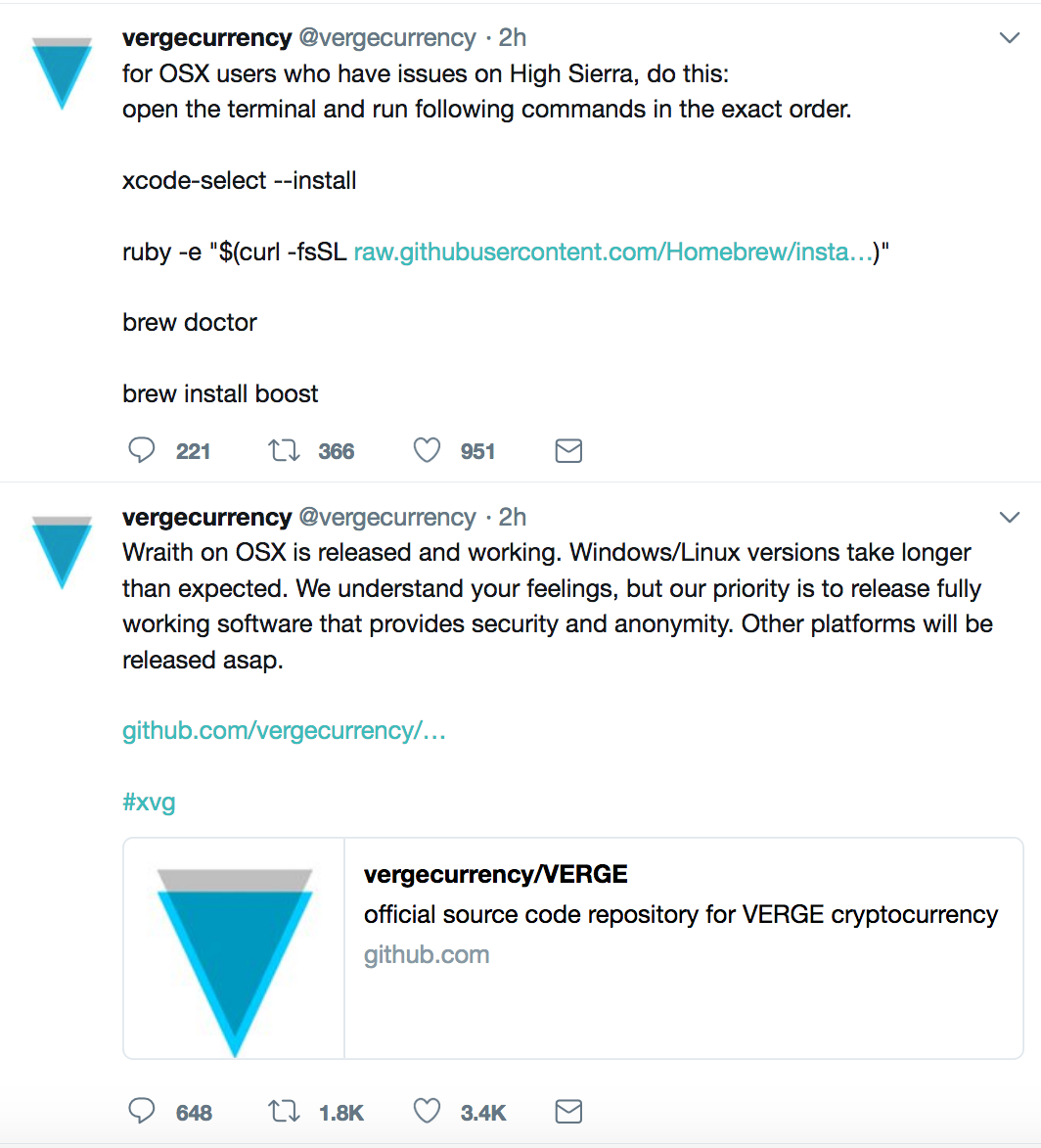 As of now, there is no official word on when the Windows and Linux clients will be finalized and available.

Verge (XVG), has been the talk of the town for the past two weeks after it rose from relative obscurity and went from under $0.02 to around $0.30 when entrepreneur John McAfee Tweeted about it. It even became the most mentioned coin on Twitter on NYE, surpassing Bitcoin.

With all the hype and attention, what followed has been nothing short of a soap opera. A lot of critics have been calling Verge a useless, ‘scam’ coin, and recently, even John McAfee seemed to have distanced himself from the project, calling Verge overvalued beyond what he thought was reasonable.

Not only did McAfee’s Tweet lead to a dip in prices, it was followed by XVGWhale, one of the Verge’s biggest advocates and the man who personally visited McAfee to pitch Verge, claiming that McAfee had asked for $1 million, and eventually $100,000 in Ether, threatening to Tweet negatively about the coin if not paid.

Currently however, Verge seems to have enough internal issues. With the Wraith deadline missed yet again, buyers and traders seem to be losing confidence and pulling out. If no positive news comes out in the next day or two, we may expect further dips, which may leave a lot of recent buyers holding large bags of XVG bought at peak prices.