The United States Patent and Trademark Office (USPTO) published on Thursday blockchain-related patent applications submitted by IBM, General Electric (GE), Accenture, SAP, Sony, and Hewlett Packard Enterprise Development (HPE). All of the applications were filed last year. Here is a brief overview of the inventions that might become active patents:

“On a computer system or network, data may be monitored for many different purposes. Data monitoring may identify problems, observe conditions or track metrics by logging the events of a given computer system or network. Securing a data log using monitor security protocols may be accomplished with different levels of security, ranging from low security to high security, and have various combinations of hardware and software configurations.”

The problem is that low-security systems might leave the door open for hackers while high-security levels might limit the access to the event logs. Thus, IBM proposes a new system of security configuration that will both protect the monitored system from hacking attacks and will provide access to alter the event logs.

Sony also applied with the European Priority Patent Application for this patent.

As the company says, the used hash function is essential to the integrity of the data recorded on a DLT. Some popular hash functions used for DLT systems are SHA-256 (used for Bitcoin), RIPEMD-256, and SHA3-256. Even though these hash functions look secure today, in the future, they might become subject to cryptographic vulnerabilities that cannot be anticipated today. Thus, updating the hash function without fundamentally touching the whole blockchain will become necessary at some point.

The patent application was filed on December 5, 2017. Accenture also filed an application for the same patent in Europe. 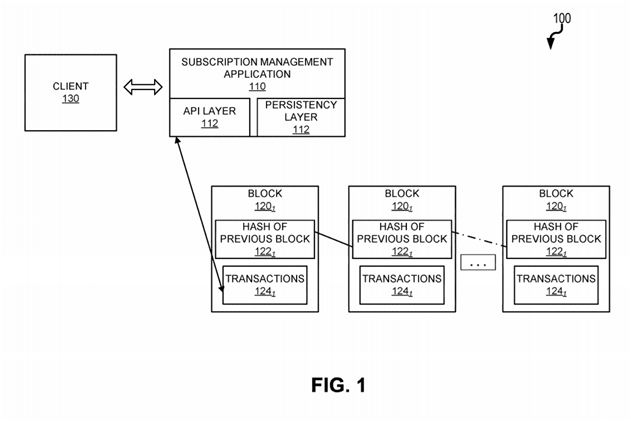 In mid-July of this year, the USPTO published six blockchain patent applications from IBM in the span of one week.

Other companies mentioned above are also active at implementing DLT. Last week, we revealed Accenture’s application for a patent to use blockchain in the shipping processes.