Synereo (AMP) Holding Its Own With WildSpark to Come in February

Synereo, which operates in the attention economy space, is a project conceived on the assumption that attention is the scarcest commodity in the world. 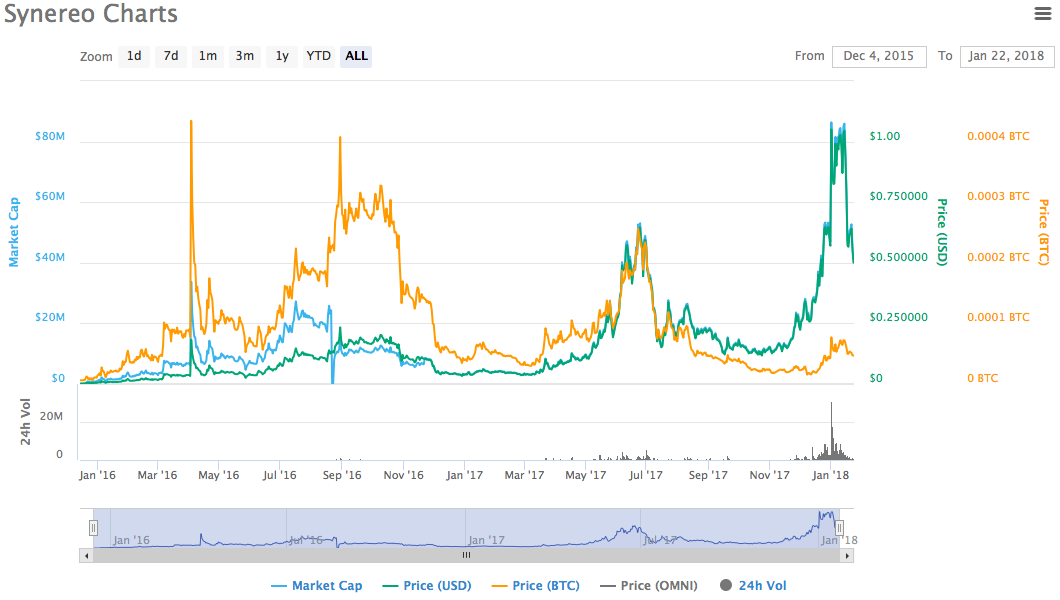 In Synereo’s attention economy, value is created and measured by content that people appreciate, and this value is then put back into the hands of the creators. As a result, unnecessary intermediaries and third parties are cut out of the equation, playing no part in the revenue model.

It is, in essence, a decentralised social network.

Why is this important?

When the internet came into being, it was designed to connect people, obviously via computers. While this objective has been achieved, there was a deviation from the original plan. Central entities that facilitate these connections (think Google, Facebook, and Amazon) collect our information and sell it for profit without our consent.

Synereo is a project that can scale and function without the need for a central server.  Users are rewarded for contributing storage, computation, and bandwidth to fuel the decentralised servers.

Base layer for the new internet

Synereo also provides a platform for others to build dApps onto, especially those wanting to exist within the decentralised social network it is creating. This was one of the first projects to build its own blockchain rather than rely on the Ethereum stack.

The Ethereum consensus update, Casper: Proof of Stake (CPoS), was built in collaboration with Synereo. However, Synereo mathematician Greg Meredith, who worked on Casper, is no longer with the team due to differences of opinion with his co-founding partner and Synereo CEO, Dor Konforty.

“WildSpark is the first solution that allows you to directly reward the creation of valuable content and through the transfer in digital currency of existing platforms without being bound by them," says Konforty.

What this means is that WildSpark is a plugin sitting on top of other platforms such as web browsers (Chrome, Firefox, etc.) and allowing fair and free monetisation of original content. This update will be released in February and, if on schedule, it will be a landmark for the project and the start of Synereo’s decentralised internet.

Synereo (AMP) is currently trading on Bittrex, Poloniex, and Cryptopia. With a market cap of about $53.5 million, it is still a small player, but its value could swell if the project continues to meet the objectives set out in its roadmap.