Nothing in this article is to be construed as investment advice. Neither the author nor the publication assumes any responsibility or liability for any investments, profits, or losses incurred as a result of this information.

The crypto market has shed over $15 billion in the last 24 hours, leaving a vast majority of tokens deep in the red as Bitcoin struggles to regain composure. But amid this devastation, decentralized cloud storage project Storj has managed to leap by 30% against BTC without the community being aware of it.

According to figures on Coinmarketcap, 24-hour trading volume has exploded from $2,112,340 to $16,460,400, with 46% of all Storj trades executed on the Upbit exchange against the Korean won. It is unclear at this time why sudden bullish support has rushed in from Southeast Asia. The Storj Telegram group has yet to comment on the recent movement.

Whatever the reason, let’s take a look at the STORJ/BTC chart and see where this is going.

On the 4-hour STORJ/BTC chart, we can see the asset was finally able to find the bottom last month at 3,415 Sats after a long bearish decline starting in May wiped out over 75% of its value. 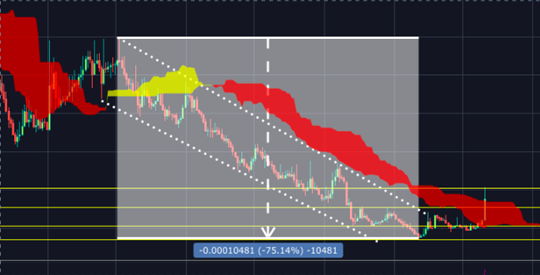 After collecting around the 4,100 Sats support over the last two weeks, bulls suddenly surged the asset through the first resistance at 5,100 Sats and tested the second main resistance at 6,100 Sats in the opening run.

STORJ has now corrected down 10% from its peak price point, but there are still promising signs this may not be just a pump and dump.

While these signs foreshadow a likely bullish continuation, we should note that long wicks above the recent candles are a strong indication bears are working hard to keep the price from retesting the 6,100 Sats mark. If the current sentiment starts to weaken, we could see a sharp reversal as bears take back Storj.

All price targets are set from the asset’s current value of 5,634 Sats (at the time of writing). 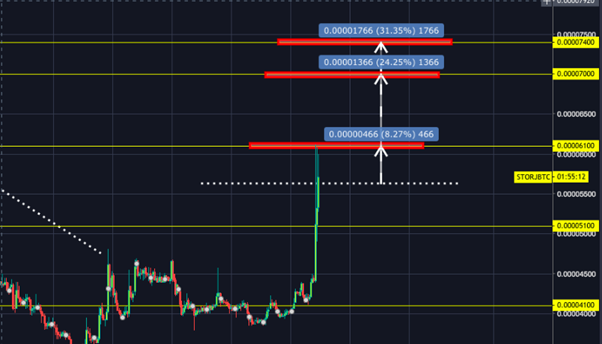