SP8DE ICO To Use Cardano Blockchain to Revolutionize The Gambling Industry

This is a sponsored press release and does not constitute the publication’s endorsement or support of the material, views and opinions shared in it.

The online gambling industry is showing record growth year after year, with projections that the global online casino market can reach almost a $100 billion in the next 7 years. This rising trend, coupled with the increasing popularity of blockchain technology and its inherent utility for casino applications, has prompted Spade to enter the space with a unique value proposition.

A blockchain-powered platform built to deliver a trustless, unbiased eco-system, Spade can supply provably fair randomness and become a foundation for the online casino landscape, allowing the development of decentralized and distributed casino applications.

According to their whitepaper, “we can run a zero-house edge decentralized casino with close-to-zero transaction fees and provably fair random numbers feeding entropy into a myriad of Smart-Contract-based open source casino applications that can be developed by anyone who has a worthy idea by means of state-of-the art application-specific as well general-purpose programming languages”.

One critical issue plaguing online casinos is that of centralization, but despite the introduction of blockchain technology, the problem remains because a completely decentralized casino application has not, as yet, been able to deliver the desired user experience. Apart from the settlement delays (running into minutes), there are very high transaction fees associated with networks like Bitcoin and Ethereum, prohibiting small bets.

Even projects which utilize blockchain technology raise several concerns, notwithstanding settlement times and transaction fees. Provable randomness is a huge problem, since miners, given enough incentive, can modify headers for newly generated blocks, affecting the outcomes. The truth is, that most such projects are unable to provide solutions to these persistent problems.

Spade is different, in that the project attempts to workaround all the existing issues and deliver a true, new-generation blockchain casino experience. It does so by firstly, utilizing the Cardano blockchain and leveraging its Ouroboros consensus protocol, which is provably secure and peer reviewed.

Additionally, Ouroboros, being a proof-of-stake protocol, supports scaling and security, and given its native reliance on unbiased entropy, it fits perfectly with what Spade aims to achieve in the online casino space.

After the pre-sale, the token sale will progress in four stages, each followed by a Jackpot round for participants, with the last sale ending on March 10, 2018.

The Jackpot rounds are unique to Spade’s token sale, and will involve a limited number of lots randomly distributed among token holders. Participants in the early stages of the sale will have a smaller chance of winning, but the lots will be large, while those participating later will have higher changes of winning smaller lots. 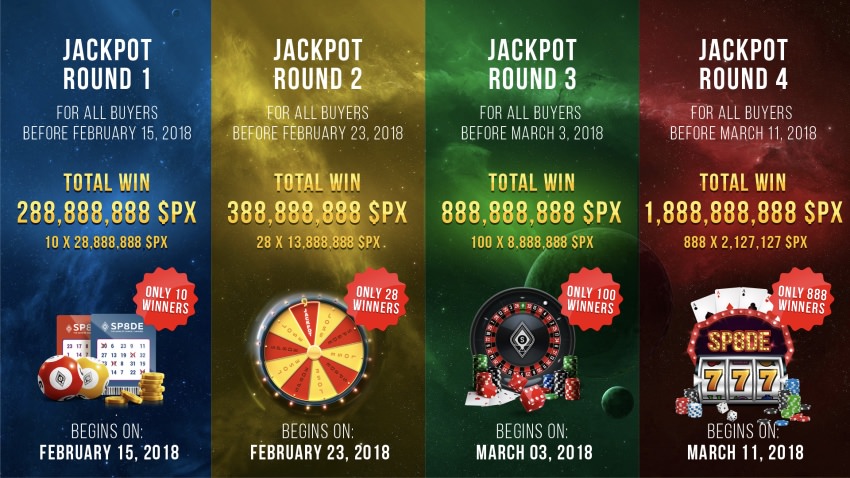 If you’re interested in learning more about Spade, you can read their detailed whitepaper, or visit their official site. You can also follow them on Twitter or join their Telegram for more updates.