While altcoins are booming on exchanges, a new crop of cryptocurrencies may be up and coming, still at the mining stage and riling up a community.

While some altcoins are already commanding a community and biting at the heels of Bitcoin, there are new projects in the pipeline, recalling the very early days of Bitcoin. The technology of building a new digital asset was readily available in 2017, as it is now. But the difficult thing about a coin is the possibility to build a community of users and traders.

One nascent asset, Uwezocoin, focuses on African users, and is in the very early stages of its blockchain, still allowing for solo mining with a regular computer. But the difficulty and hash rate grows by the hour.

This coin is also selling a pre-mined amount at an ICO, which is more risky, considering the unknown time of arriving to exchanges.

Uwezocoin resembles the technology of Litecoin, but with faster block generation. The system shows transactions immediately into the wallet, and then takes its time to achieve the required number of verifications. At the moment, speed and scalability are the most contentious issues in crypto coins, and some projects are striving to have a two-tier system where transactions are immediately recognized, but time is given to achieve verification.

We must remember that even RAI Blocks was, for a long time, a niche project not traded anywhere. The early arrivals to RAI Blocks received their coins through a dedicated faucet, to achieve a democratic distribution. The faucet closed last October.

Those brand-new minable coins have diverged from the path of the ICO, and are starting from scratch, building a community- and having their "million dollar pizza" moment, as social media participants try trading food items for the new coin.

Bulgaria, allegedly an inadvertent Bitcoin whale, also has a recently created "national" cryptocurrency. The Lev Coin, named after the country's official currency, is in the early mining stages now. It uses the CryptoNote algorithm, similar to Monero, which allowed early newcomers to solo-mine a few blocks.

"How can we be sure we don't end up with just higher electricity bills and waster hardware," a skeptic asked on the Facebook page of Lev Coin.

The Lev Coin still has glitches, and the mining pool is under construction, but it may improve in the next few days. Its community relies mostly on a country-specific sense of unity, and so far there are no known attempts to bring Lev Coin to exchanges. There are some limited attempts at buying with a proposed price of 25 EUR cents. An early exchange service offers Lev Coins for the equivalent of around 1 EUR. 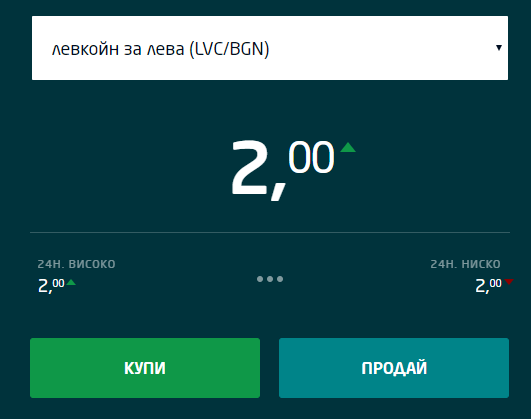 Those new coins, not even on exchanges, may be a very low-risk way to enter the world of cryptocurrencies. While their price is unknown, early mining may be rewarding. There are numerous digital assets which may be tested even with a home computer. But as a warning, many previous assets have only remained locked away as mining rewards, never seeing exchanges.