PSG is the first football club to join the Socios.com fan voting platform. The startup will work with the French club to develop the Fan Token Offering (FTO), which will be the world’s first event of its kind.

The token will be listed on Socios.com and permit holders to interact with the club via mobile voting and online polls. They can also use the tokens to become eligible for special fan rewards, content, and other benefits. 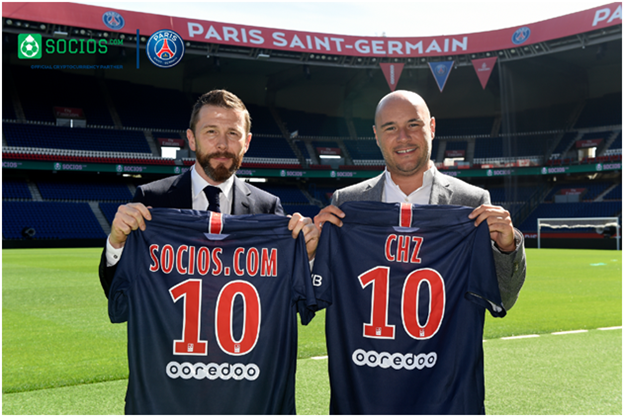 “Always at the forefront of digital innovation, Paris Saint-Germain is determined to leverage the opportunities that cryptocurrency can provide. This revolutionary technology will have an important impact on the Club’s overall business strategy and the way we engage with our fanbase.”

The Socios.com platform will make sure that the transactions are secure, transparent, and focused on the fans’ needs while helping PSG develop a new type of connection between the club and its fanbase.

“We are delighted and very proud to have signed Paris Saint-Germain as our first club to work on the evolution of its fan engagement strategy through the Socios.com blockchain platform. As well as being a leader on the football pitch, Paris Saint-Germain is also a digital pioneer and this demonstrates its leadership in innovation.”

PSG is one of the top European football clubs and the most successful one in France. Several notable players are currently signed up with the club, including Brazilian star Neymar and world champion team member Mbappe.

In August, UK football club Leicester City partnered with Canadian blockchain startup FansUnite, which focuses on sports betting and sport data solutions. The pair will work together on several events during the current season.