Overstock.com, the internet retailer turned blockchain, published its financial reports for the third quarter. In a separate announcement, its VC subsidiary Medici Ventures said that it would open access to Bitsy’s digital wallet.

The total revenue of the company increased 4% to $440.6 million against $424 million recorded in the same period last year. The gross profit also rose 4%, from $83.7 million in Q3 2017 to the current figure of $86.7 million. The gross margin stayed unchanged but was negatively impacted by increased promotional operations, which pushed the sales and marketing expense indicator up 23% compared to the third quarter of 2017. The net loss attributable to Overstock stockholders was $47.9 million or $1.55 per share, against a loss of $800,000 or $0.03 per shares recorded in Q3 2017.

The quarterly report was presented through a conference call that also touched upon the company’s updated roadmap and plans, including those related to tZero and Medici Ventures.

During the call, Overstock founder and CEO Patrick M. Byrne, along with other executives, noted that tZero aimed to become a leading player of the emerging security token industry. tZero itself recently conducted a security token offering (STO), releasing its OSTKP tokens and raising $134 million.

According to the roadmap, tZero plans to create an ecosystem that would comprise a security token exchange, a trading platform to support security tokens and US traditional equities, and a cryptocurrency exchange, which might be launched by the end of 2018. 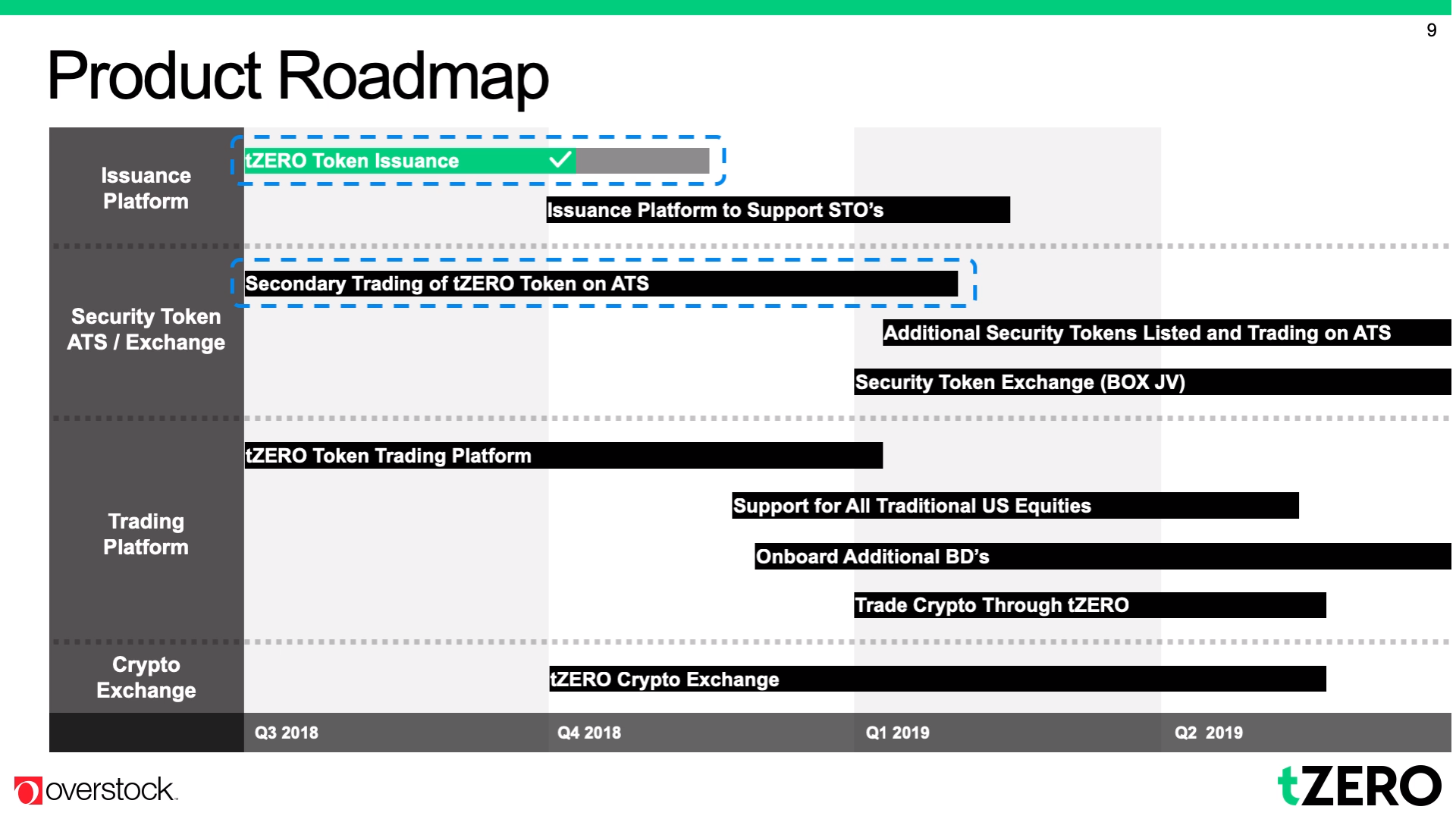 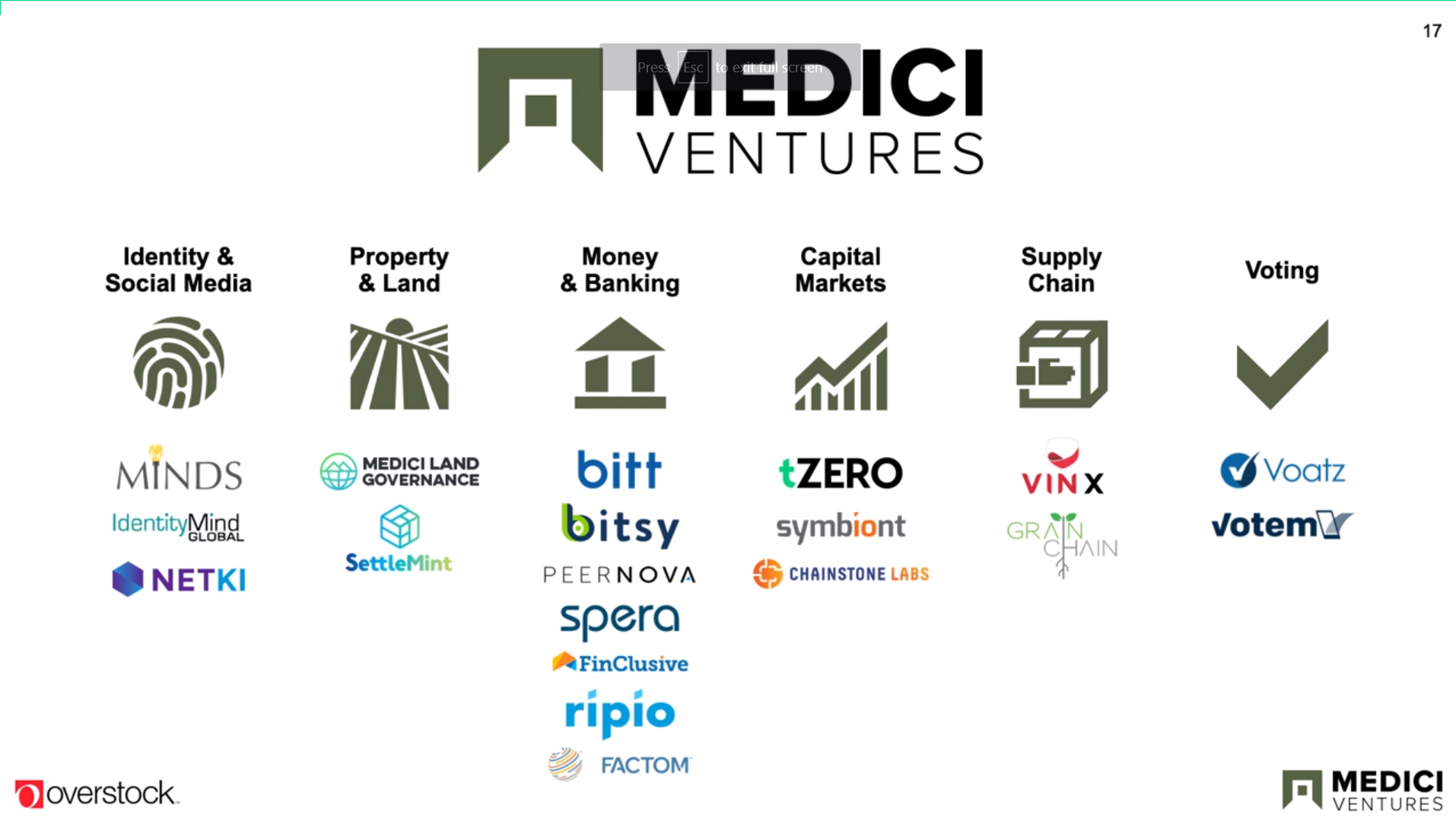 In September, the VC firm announced that Bitsy, one of its portfolio firms, had started the beta launch of a digital wallet to support Bitcoin. On Thursday, the VC firm said that Bitsy would permit public access to its beta version of its wallet and exchange solution starting with Monday, November 12.

Users can get access to Bitsy’s new app by downloading it through Google Play or App Store, which comes for free. The platform enables the easy exchange between Bitcoin and the USD.

“The great promise of the Bitcoin white paper was to have legitimate peer-to-peer exchange of value without the need for trusted intermediaries. Few people understand, however, that with conventional Bitcoin wallets, users do not have actual possession or control of the Bitcoins they buy: their wallet-provider owns the Bitcoin and provides a contractual claim to the consumer, who must then trust that corporation. This defeats the whole purpose of crypto. Bitsy wallets, on the other hand, allow users to possess and have complete control of their cryptocurrency without the risk of lost keys. This sets a new standard for digital wallets.”

“We are excited to continue our cryptocurrency journey and integrate Bitsy’s technology with Overstock.com to offer bitcoin for sale directly from the retail site in the first half of 2019,” he added.

Interestingly, in September of this year, Byrne announced that he had sold about $20 million worth of his stock in Overstock, but said investors shouldn’t be worried. He explained that the raised funds would be used mostly for reinvestments, especially via Medici Ventures.