Litecoin has been getting a lot of mainstream media attention lately, as the #6 cryptocurrency continues to print new YTD-highs. CNBC’s Brian Sullivan has become the latest TV proponent to jump on the Litecoin bandwagon, telling viewers of the Fast Money show yesterday to, “Sell the house, sell the car, sell the kids, buy Litecoin”.

Since December 2018, LTC price has soared over 440% from a low of $22 to its recent YTD-high at $122, and appears to be showing no signs of stopping there. Trading volume has swelled over $800M in the last 7 days and a promising ascending triangle breakout could be about to happen on the 4-Hour chart. Let’s take a look. 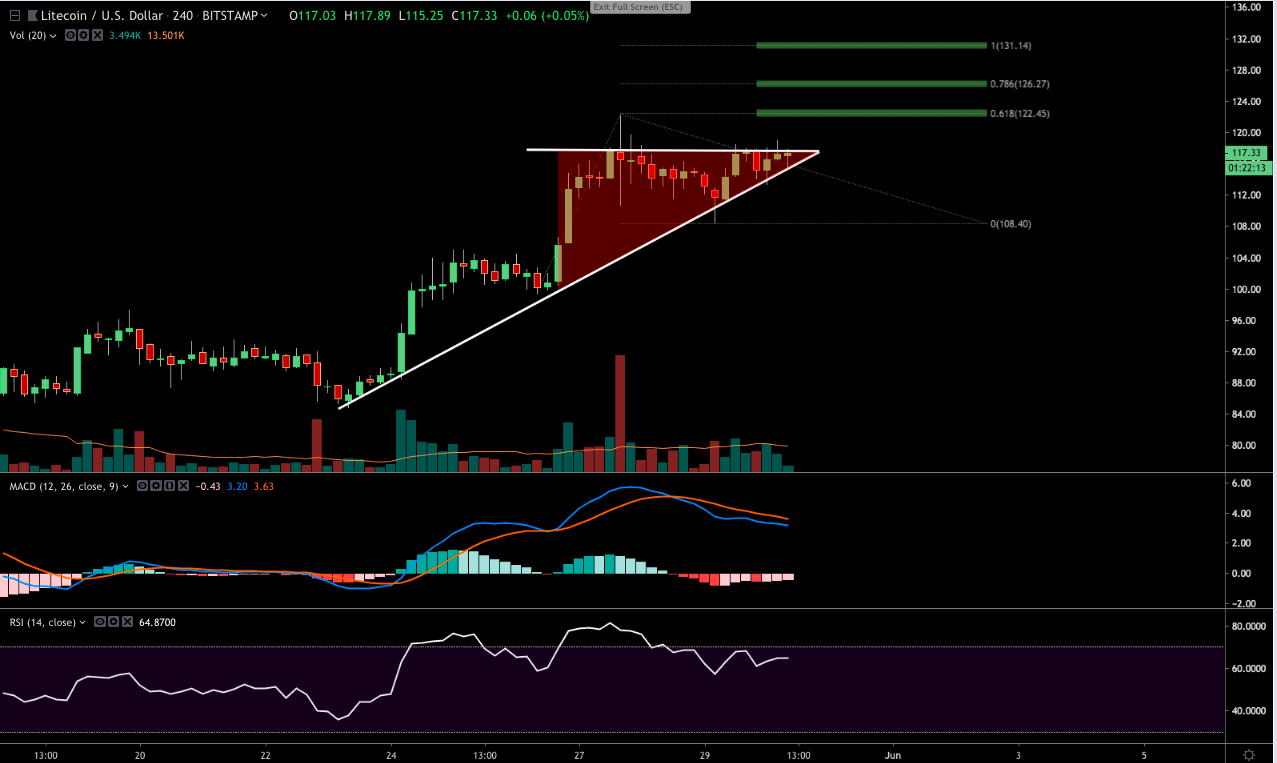 On the 4-Hour LTC/USD chart we can see that Litecoin’s price has reached maximum consolidation inside an ascending triangle pattern.

A flat resistance at $17.80 is currently preventing LTC bulls from pushing on towards the next psychological level at $120, but a strong uptrending level which has been a vital support for Litecoin over the past week, is keeping it in play.

Both the MACD and RSI indicators are travelling fairly flat at the moment, which could be hinting that an accumulation is taking place prior to the breakout. Selling volume on the MACD histogram is also decreasing, while the RSI indicator line begins to spike towards the overbought region above. 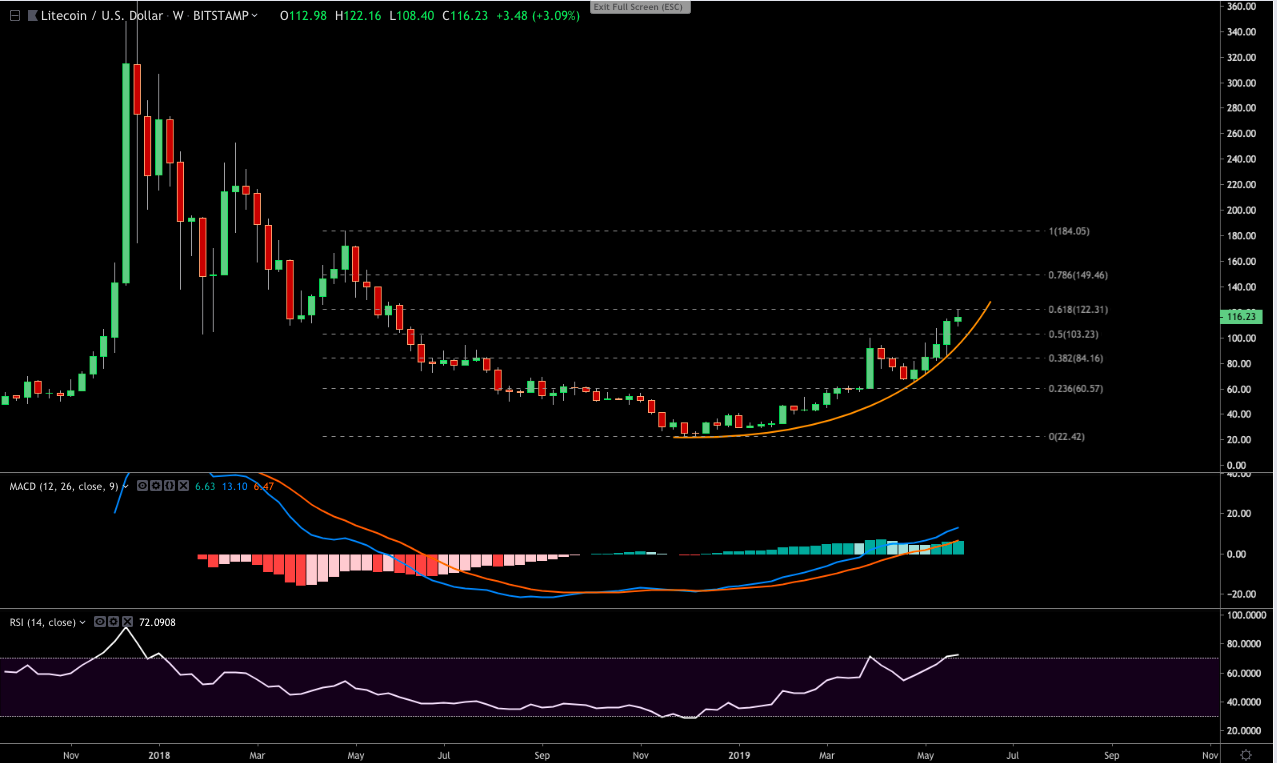 On the 1W LTC/USD chart we can see that Litecoin’s parabolic run has hit a snag at the 0.618 fibonacci retracement level/ $122.23. This particular level was a strong resistance for LTC almost exactly a year ago when bullish traders were attempting to pushback against the huge descending triangle pattern it was in at the time. Right now we can see that it’s testing the bulls again, as they attempt to push Litecoin towards a new 1-Year high.

Looking at the RSI, we can also see that the indicator line has just pipped into the overbought region, which could also adding selling pressure to the current bull run.

The MACD however, continues to remain favourably bullish with both moving averages climbing high above the signal line, and increasing buying volume showing on the histogram.

If the price can set a near 1-Year high, it will likely drive more FOMO-buyers towards the asset. Provided buying sentiment remains strong throughout next week, we could even see LTC take the $140 level, as there are no significant resistances between the two levels once the asset breaks $120.