The Lisk development team released a new feature – Lisk Commander 1.0. This comes as the next step towards Lisk Core 1.0.

The team behind Lisk has added new features for the app developers called Lisk Commander 1.0. This is the new command line interface, which is to be integrated with the upcoming Lisk Core 1.0. The announcement was well accepted among the community, especially given how soon it comes after Lisk Elements (the overhauled JavaScript library).

Virtually all of the functionality included with the new tool is oriented towards Lisk Core, which is currently on Testnet. According to the team’s presentation, the upgrades include substantial additions such as the ability to get information from the blockchain directly through Lisk Core API.

Creating specific transactions that weren’t available with the previous command line tool “Lisky”, is now possible. This mostly includes verification-related issues, which will make proving ownership of a specific account much easier.

The long-awaited official announcement of a release date for the Sidechain Development Kit (SDK) still appears to be in the future. Then again, as progress towards the first step, Lisk Core is significant.

The announcement had little impact on the LSK price action, but this to be expected, given the predominantly negative market sentiment. While there was a bit of a stall, in the hours following it, heavy selling continued. If we were the visualize the dynamics, it’s better to look at the weekly chart: 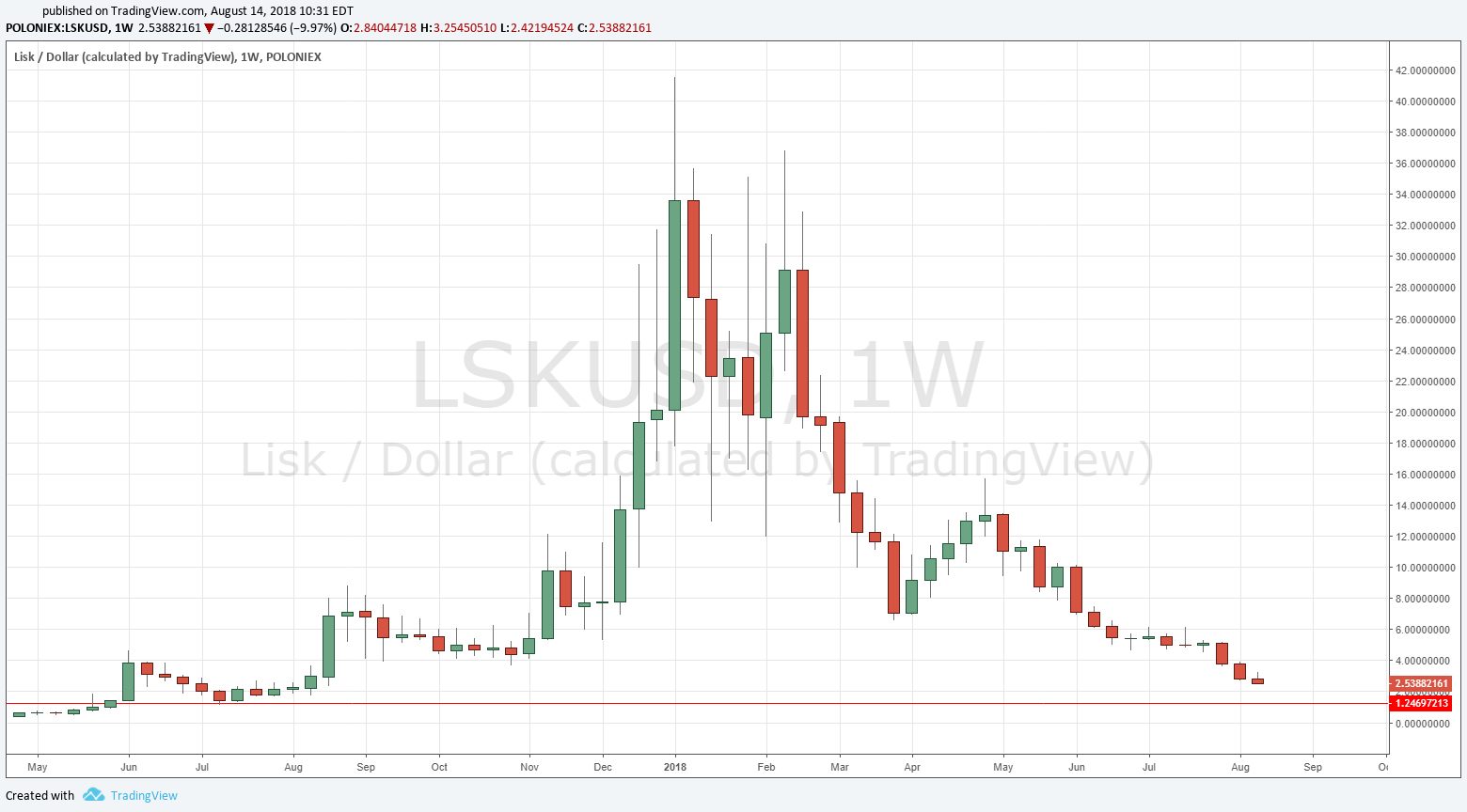 Last years’ July range seems like the next support to be found, but it is quite wide for some traders’ preference. The bottom is around $1.24-$1.25, while the top side is just above $2.00. If LSK enters this realm, price action is likely to be choppy.

Neither the author nor the publication assumes any responsibility or liability for any investments, profits, or losses made as a result of this information. Cryptocurrency trading and investing are risky propositions, and market participants are advised to always conduct thorough research.