Nothing in this article is to be construed as investment advice. Neither the author nor the publication assumes any responsibility or liability for any investments, profits, or losses incurred as a result of this information.

This week Antum ID, a Belgium identification platform, announced it would launch its new ‘Open AntumID SOAP’ - an upgraded implementation of Digibyte’s Digi-ID authentication solution. This recent collaboration has been in the pipeline since the two companies formed a strategic partnership earlier this year, and announced they would deliver their first product by Q4. 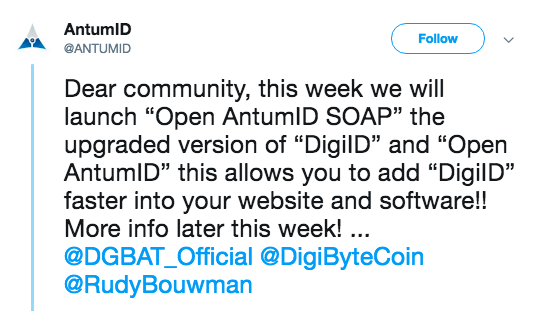 The new Open AntumID will make it easier and faster for any website to support Digi-ID, and will be compatible with any programming language. Not only will this radically streamline the process of integration but it also hopes to increase Digi-ID’s overall mainstream adoption.

For now we are still waiting to see investors respond to this latest development, as DGB finds itself searching for support after a recent bearish episode. Will bulls arrive in time to catapult Digibyte skyward, or will this latest update slip by unnoticed? Only time will tell but it’s definitely one to watch.

On the 1D DGB/BTC chart we can see that the asset has been generally tracking inside a bullish pennant pattern throughout this year, with gradually decreasing highs and increasing lower lows. During mid-August however, DGB lifted off the lower support and started travelling sideways along a strong support at the 325 Sats mark (upper blue line) as selling pressure eased off. In the last few months bullish traders have struggled to launch off this support and the price action has been pinned down by a strong psychological resistance at 400 Sats.

Two days ago, selling pressure started to return to the asset and bears were able to quickly overcome the 325 Sats support with little pushback. Right now though, bulls appear to be making their return to Digibyte after finding support along a weaker uptrending support (black dotted line shown below). Could this be the turn around we’ve been waiting for? 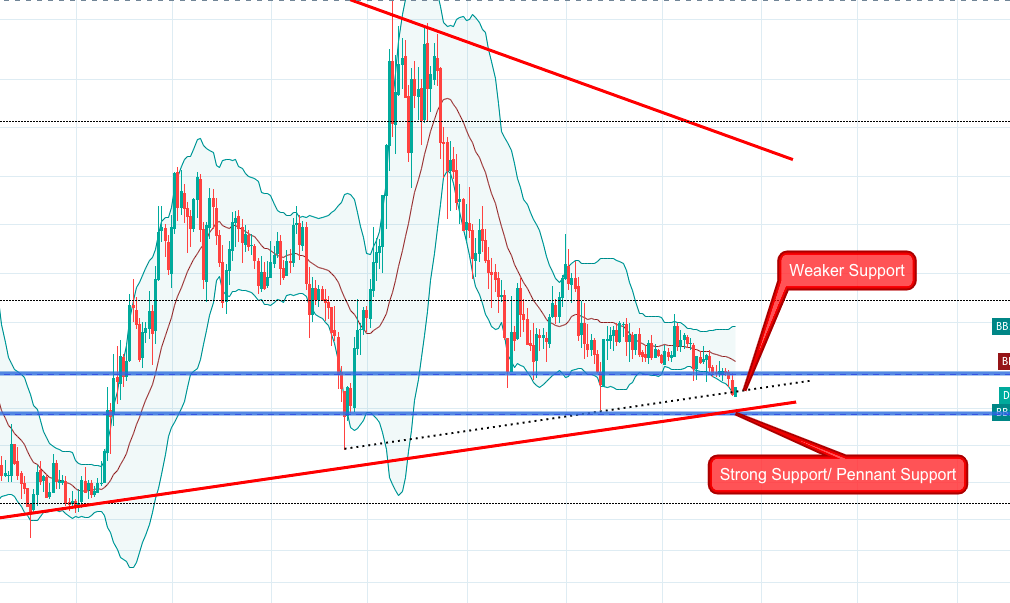 In the last hour, a number of promising indicators have started to point towards a potential bullish reversal as buying momentum starts to pick up;

If this momentum can sustain, then we could start to see DGB retrace back to the upper support region at 357 Sats and beyond. Alternatively, if this current momentum turns out to be a short-lived pump, then it is likely that the asset will find strong support down at the 325 Sats level that doubles up with the uptrending pennant support.