Crypto.com are on schedule to be the first blockchain-based company to launch a globally available crypto Visa card, as the project prepares to expand across into Europe and the United States soon.

According to the official press release from November last year, the company has already received over 100,000 preorders for their new MCO Visa cards worldwide, which aims to compete directly with Coinbase’s newly released Visa card.

Unlike the Coinbase card, which is currently only available to UK citizens and then eventually a few selected countries in Europe, the MCO Visa card will be available to anyone in the United States as well as all European citizens. 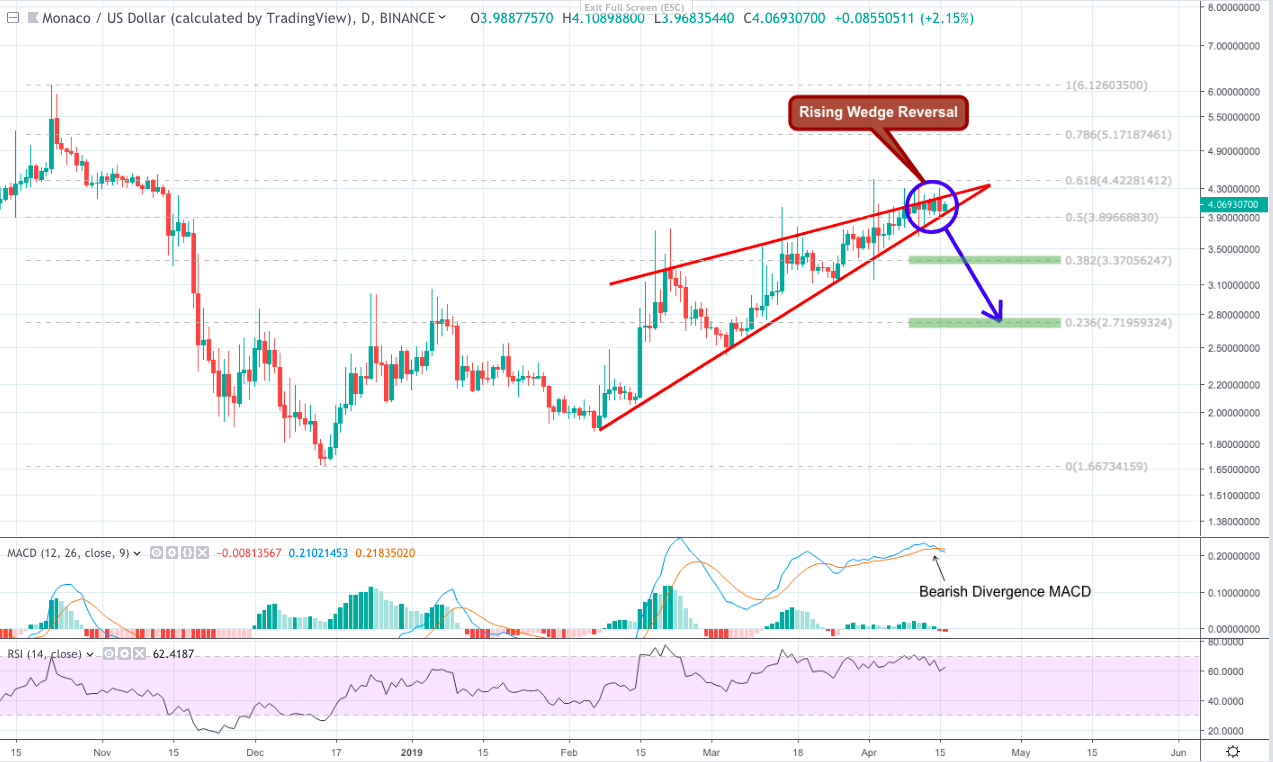 On the 1D MCO/USD chart we can see that the asset has almost reached maximum consolidation, inside what appears to be a rising wedge reversal pattern.
For the past 2 months, the price action has been tracking faithfully along a strong uptrending level that has supported the asset through its impressive 115% climb.

More recently in the last 10 days however, the uptrending resistance has become a stronger force and is now pushing the price action sideways. Long wicks above the 1D candles show that bulls are beginning to tire at the psychological $4 level, and that bears are likely to resume control over the asset soon if new support doesn’t arrive.

Volatility has seen marked decline in the past 48hrs and momentum on the MACD is showing weakness, as the 12MA passes bearishly through the 26MA.

The 1D RSI is also showing a bearish breakaway, as the indicator line drops out of a consolidating pennant pattern (see below). 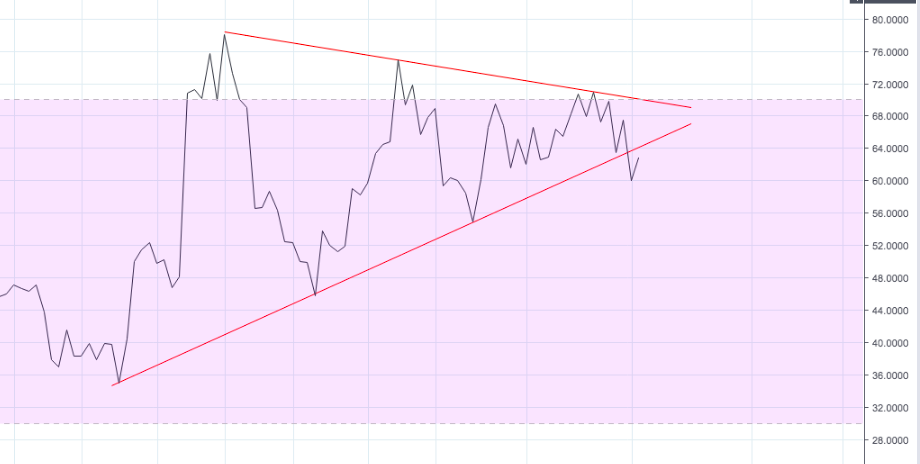 Other signals of an imminent bearish reversal include:

From this, it is likely that bearish traders will test the $4 support in the short-term. Once this happens, we could see buying confidence depart from the asset and panic selling take over.