Bitcoin SV (BSV) Technical Analysis: At a Critical Turning Point, But Which Way Will it Breakout?

Bitcoin SV is standing out as one of the worst performers in the top 50 cryptocurrencies today, despite a promising recovery out of the flash-bear market earlier in the week.

Bullish support hailing largely from Asia was able to catapult the asset over 20% between February 25-26, from $61 up the to the strong resistance at $75 (For reasons nobody is really sure of). From there BSV quickly unravelled by 9% at this level, which was most likely caused by auto-bot trades, cautious short-term traders and profit takers withdrawing into other assets.

Right now the asset is back on a key support at $69,after correcting -5.84% against the US dollar, and over 6.20% against Bitcoin in the last 24hrs. Will bulls be able to regain composure and breakout before the week closes, or will the mounting selling pressure continue to drive BSV back into its earlier range? 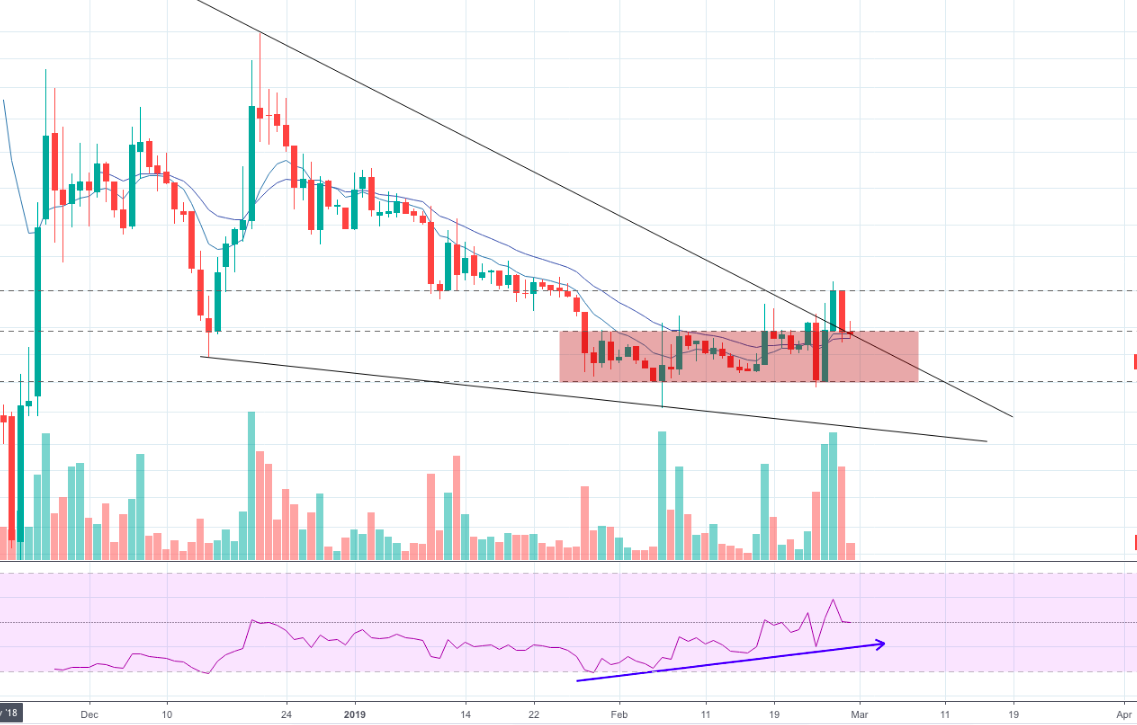 On the 1D BSV/USD chart we can see that the asset was almost tracking inside of falling wedge pattern but ended up breaking sideways inside a tight range between $61.60 and $69 (red area) instead. After spending a month oscillating inside the channel, the price action eventually ran into the downtrending wedge pattern resistance and was able to successfully break through on February 26 (off the back of the aforementioned Asian investor support).

From there BSV hit its first major resistance at $75 and in typical triangle pattern breakout fashion, threw back onto former resistance where it has now found temporary support. Over 4hr candles this is much clearer to see. 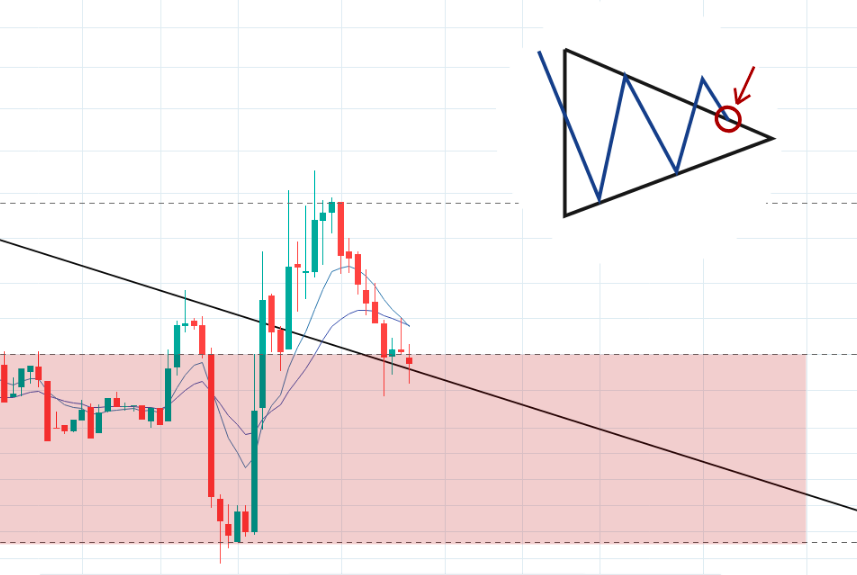 At this stage BSV could -in theory- go one of two ways; bullish traders could collect along the throwback support and push on to start a new impulse movement, or bears might be able to be break back into the wedge pattern and re establish the downtrending resistance.

Looking at a number of indicators over 4hrs candles we get a strong impression that bears have managed to regain control over the asset, and will likely drive BSV back into the wedge pattern below over the rest of today:

All losses are calculated from the asset’s current value at $67.90 (AToW).