Bitcoin Price Aiming for $8,000? What is Driving This BTC Rally?

After jumping over $7,000, Bitcoin seems poised to make an attempt at $8,000, but what is driving this rally and what’s next for the leading cryptocurrency?

This price action is even more dramatic in the context of the last three months, where Bitcoin was trading around $3,600 on February 13 and has now effectively doubled in value - a welcome change given how 2018 was a slow year, termed the crypto winter.

The question, however, is what is driving this recent rally and is it sustainable? Let’s take a quick look at recent possible triggers.

April 2019’s first week saw a major jump in Bitcoin price, from $4,000 to $5,000, which was, as per reports, due to a large order executed simultaneously across multiple OTC desks. This surge provided much-needed momentum and helped shift market sentiments and put Bitcoin back under the spotlight.

This surge was also accompanied by a noticeable jump in daily trading volumes, which further helped push the market forward.

The recent Bitfinex scandal surrounding its liquidity issues (to the tune of $850 million) has raised doubts over Tether (USDT) backing, and given how USDT has been the leading trading pair with BTC, it makes sense that people want to cash out of USDT and buy Bitcoin to secure their holdings in case Bitfinex and the whole Tether controversy goes south.

Binance, one of the leading crypto exchanges, recently suffered from a $41 million theft, where over 7,000 Bitcoins were stolen by hackers. In the aftermath, CZ, CEO of Binance raised the possibility of trying a rollback of the Bitcoin blockchain to recover the stolen funds.

He not only received criticism from the community but was also told that such a rollback is not possible with Bitcoin (even though it has been done with other networks in the past), and he conceded as such publicly, giving Bitcoin much-needed credibility and proving its position as a robust, immutable store of value.

Recent reports, particularly a Fidelity Investments survey of over 400 institutional investors has revealed that over 57% prefer to buy crypto directly as part of their portfolios while 72% are keen on products which include digital assets.

Institutional investors have been on the fence about cryptocurrencies due to several issues, including custody, insurance, and regulations. However, recent developments by big names such as Coinbase, Fidelity, Intercontinental Exchange (Bakkt), and TD Ameritrade seem very positive and the crypto space is definitely more prepared to welcome institutional investments as compared to 2017.

Finally, we can attribute the recent Bitcoin price surge to the explosion of crypto markets in Latin America, particularly in Brazil and Argentina. The lackluster economy and declining economic growth rate in Brazil and the region in general, has prompted locals to move towards Bitcoin to secure their wealth and avoid inflationary pressures and devaluation akin to Venezuela.

At the time of writing, Negocie Coins, an exchange supporting Brazilian real (BRL) to Bitcoin (BTC) trading is second in terms of volume, accounting for $2.5 billion worth of BTC trading volume with the BTC/BRL pair. 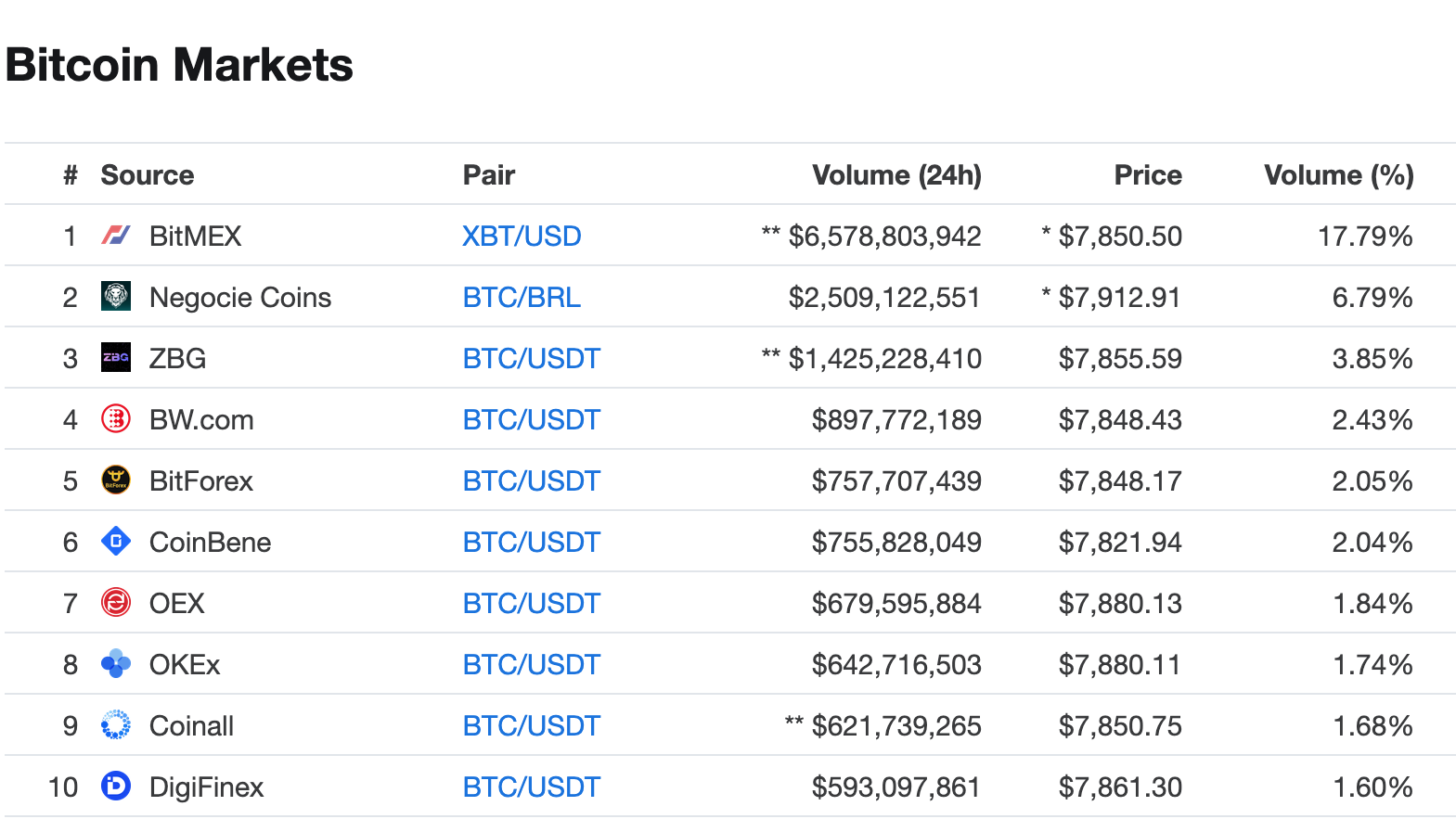 What’s next for Bitcoin?

Even if Bitcoin is headed for $10,000, there will be corrections along the way, and it will not be surprising if the price recedes for a bit before crossing $8,000 and consolidating there.

However, the $6,000 price level was a major resistance earlier, and now that Bitcoin has conclusively surpassed it, it is safe to assume that a correction would still keep BTC above $6,000 for now.

That being said, crypto, especially Bitcoin, is highly volatile, and any investment in digital currencies comes with high risk. Nothing in this article is to be construed as investment advice and readers are advised to conduct their own research and make decisions based on their financial position and appetite for risk.