Bitcoin has seen dramatic growth over the last 3 days, after another bullish weekend helped to catapult the #1 cryptocurrency over 15% to a new YTD-high.

Fears of a bearish rising wedge reversal were quickly to put to sleep, after bullish traders triumphantly broke above the $8,300 level on June 13. A FOMO frenzy then began which saw Bitcoin extend its gains above the psychological $9K over the next 3 days.

Right now, we can see that the price recently failed to retest yesterday’s high at $9,400 - which remains Bitcoin’s most critical short-term resistance. This particular level also lines up with a 4-year long resistance which has played a vitally important role in Bitcoin’s price development since 2015. Whenever Bitcoin has broken above this level, it has always signalled the start of a strong bull market. It has however, also proved to be a very difficult area to overcome as we will see. 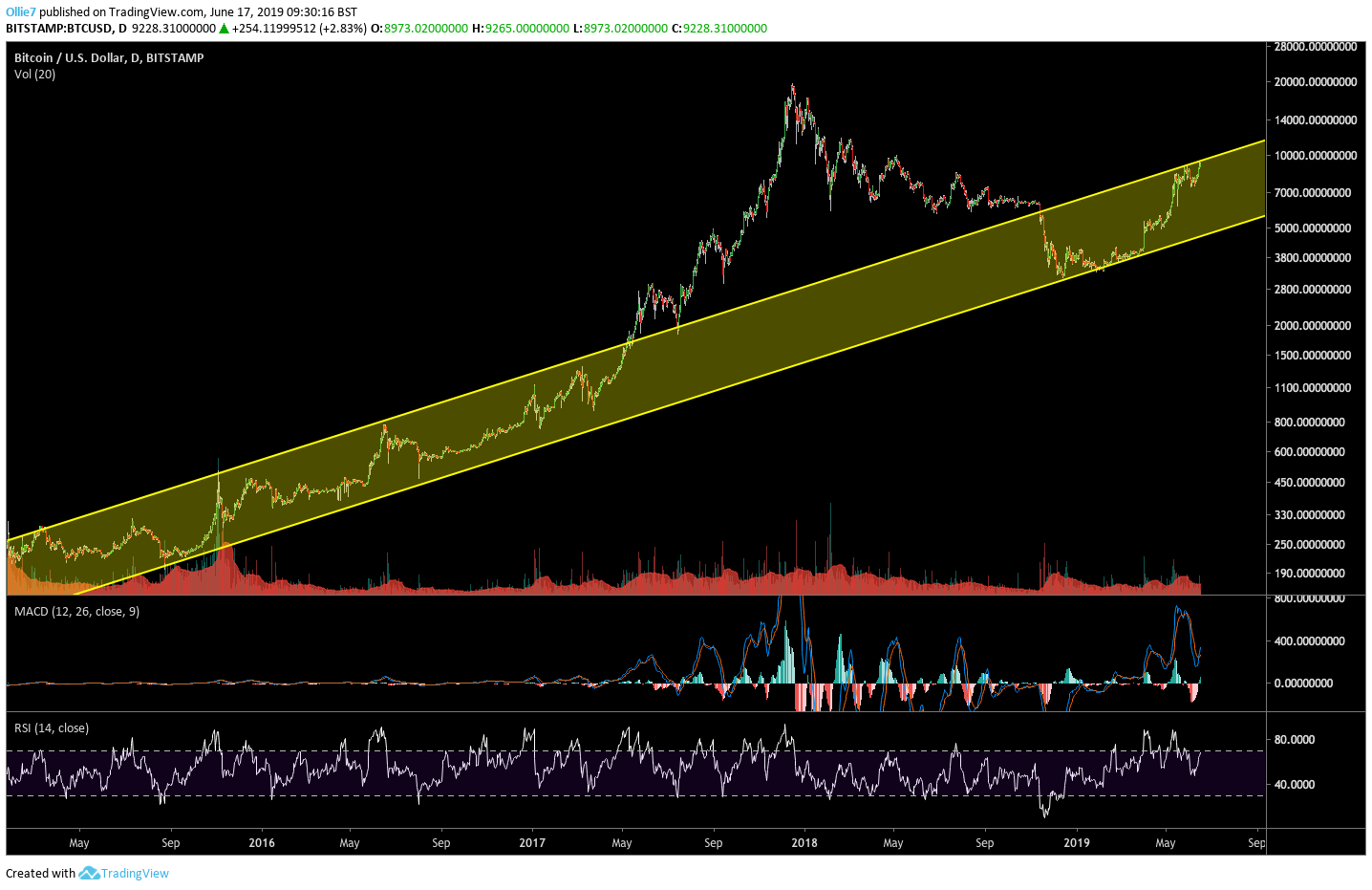 On the daily BTC/USD logarithmic chart, we can see a very powerful uptrending channel that dissects through the price action over the last 5 years. The upper and lower trend lines of this channel have acted as key support and resistance for BTC in the past, including catching the bottom of the Q4 2018 bear market, and resisting Bitcoin’s rise to $10K over the last few weeks.

If we look at the most recent price action more closely, we can actually see that the uptrend has ricocheted off this level perfectly on two occasions over the last month, which further cements this upper level as a firm long-standing resistance (see below). 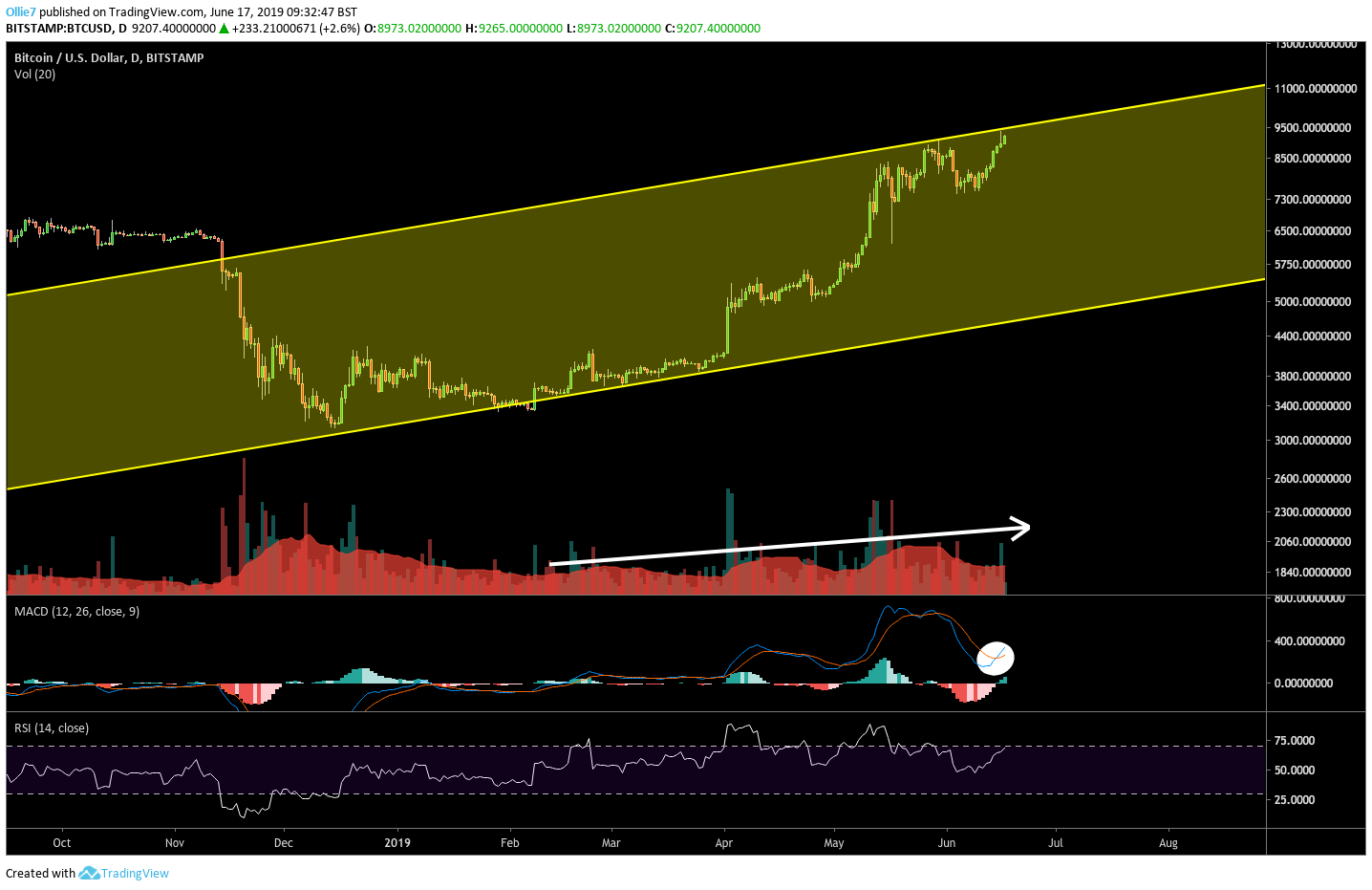 Looking at a number of indicators it appears that bullish traders are gaining momentum at this critical time, with trading volume showing a noticeable increase over time, as well as a bullish convergence of the MACD indicator. The RSI is also close to breaking into the overbought region, as the bull rally continues to push BTC towards new heights.

If BTC buyers can overcome this key level, then it will undoubtedly signal the real start of a bull market, as it has done in previous years whenever this upper line has been broken. However, there’s every chance that this level could succeed in hampering Bitcoin’s price action further and keep it tracking inside the channel.

For now, we will need to wait and see if the mounting sell orders at $9.4K can be overcome and for candles to begin closing around $9,450 to confirm a bull market.