Another Scam ICO? Savedroid Founder Exits with $50M to Chill on a Beach

Savedroid's owner seems to be chilling on a beach after raising funds, shutting down the ICO site and taking off.

In what is either a joke in very bad taste or another ICO exit scam, the founder of Savedroid ICO Tweeted ‘Over and out’, with a picture of himself at the airport and then chilling on a beach. 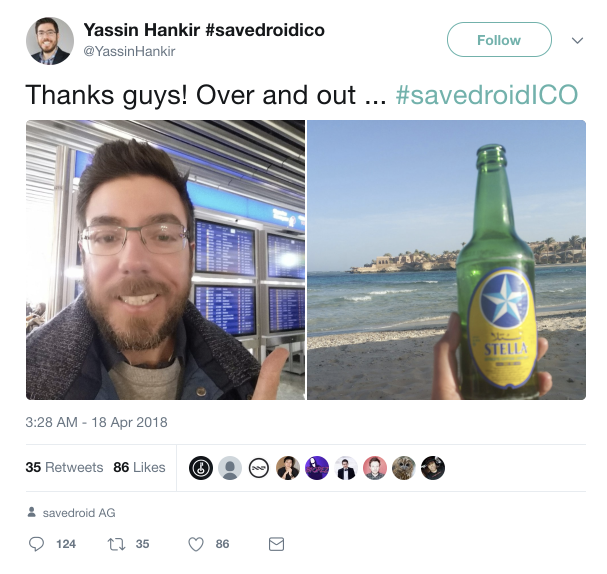 It is believed that the ICO raised around 40 million Euros, or $50 million USD via the token sale, claiming that they will build a smart, A.I managed application which would automatically invest user funds into profitable ICO portfolios. There were also claims of a cryptocurrency credit card, but it seems all that is gone now, with the official site displaying a Southpark meme.

If this is indeed an exit scam, what is alarming is that the founder, Dr. Yassin Hankar, had several public appearances and participated in events, giving talks and answering questions.

There do seem to be some suspicious pointers, firstly the lack of following and engagement on the ICO’s subreddit, followed by posts such as this from the savedroid_support account:

Visiting the link above, the token buying page is still online, but the content on it is hardly professional.

However, these are naturally observations in hindsight, and given how the majority of the crypto space is big on speculative investments, it is rather easy for scam ICOs to make a killing, and Savedroid’s founder seems to have made it big.