An enormous 18,000 BTC was moved to a wallet known to belong to BitMEX.

Only hours before Bitcoin made a recovery from its dip below $6,000, an enormous number of coins flew from 17 wallets to one that is associated with BitMEX.

At 4:50 AM New York time, a transaction involving 10 BTC went to a BitMEX-associated wallet. It didn’t seem like much, but less than half an hour later, another 16 wallets sent 17,990 BTC, bringing the suspected BitMEX wallet’s balance to a grand total of just a hair over 18,000 coins. 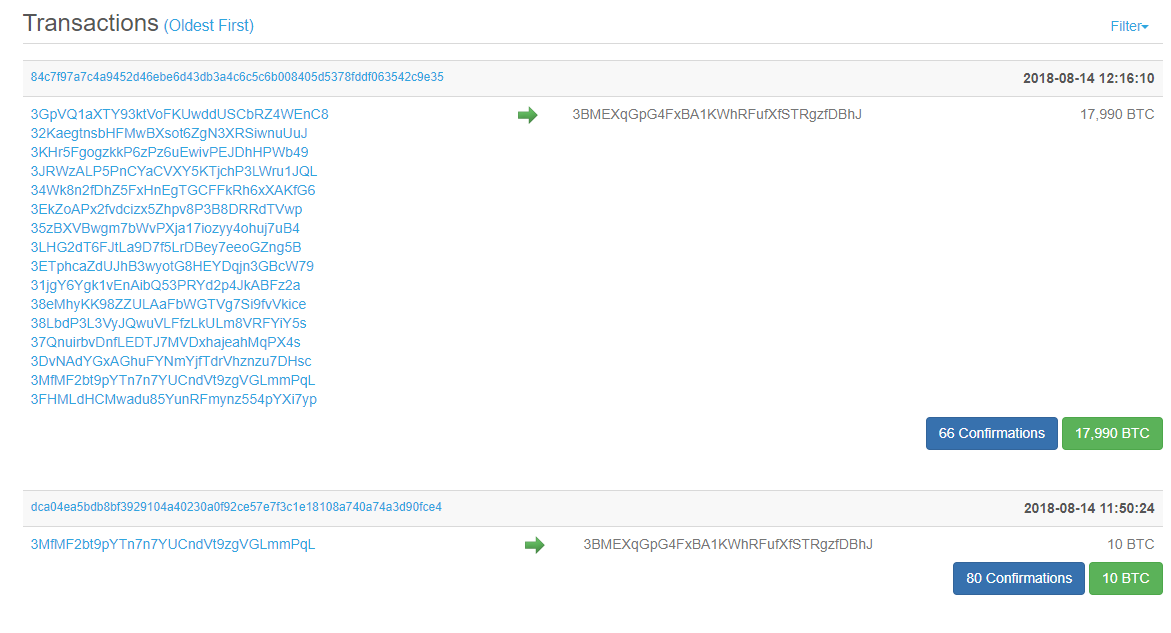 The dollar value of these coins sits right now at around $114 million.

This particular event started a small firestorm on Twitter, with users speculating that this was, in fact, a whale transferring a large amount of money to the exchange or that this is an attempt at market manipulation on BitMEX’s part.

This might not be the case, however, as it is kind of typical for exchanges to put large amounts of coins into cold storage wallets, locking them down for a worst-case-scenario situation. We’ve seen this kind of behavior back when Bithumb transferred an enormous amount of coins from various wallets inefficiently by paying 0.1 BTC transaction fees.

At that time, the transaction fee’s dollar amount would be somewhere around $661. The activity of the exchange in response to its breach actually clogged up the Bitcoin network, causing a slight increase in unconfirmed transactions.

It is also important to note that although most of the wallets associated with BitMEX have the “3BMEX” prefix, this activity may have nothing to do with the exchange. Considering the large volume of coins involved in the transaction, however, it would be a reasonable assumption.

Aside from the possibility that the exchange is consolidating coins to a cold storage wallet, it could also be providing liquidity for its trading platform. Either of these conclusions could be likely, considering that it just recently posted another record-breaking trading volume of over 1 million BTC.

The speculative assumption that BitMEX is attempting to manipulate the market is a bit outlandish, considering the fact that 18,000 BTC barely reaches 0.1% of all the coins in circulation.