After a long investigation, one of the biggest mixing services was shut down, with the message “You are not anonymous”.

Dutch authorities with the help of Europol seized the domain of Bestmixer.io, shutting down one of the biggest coin mixing services. This action is another blow to the anonymous usage of digital assets. Coin mixers have successfully obscured at least some funds, by injecting an element of randomness. 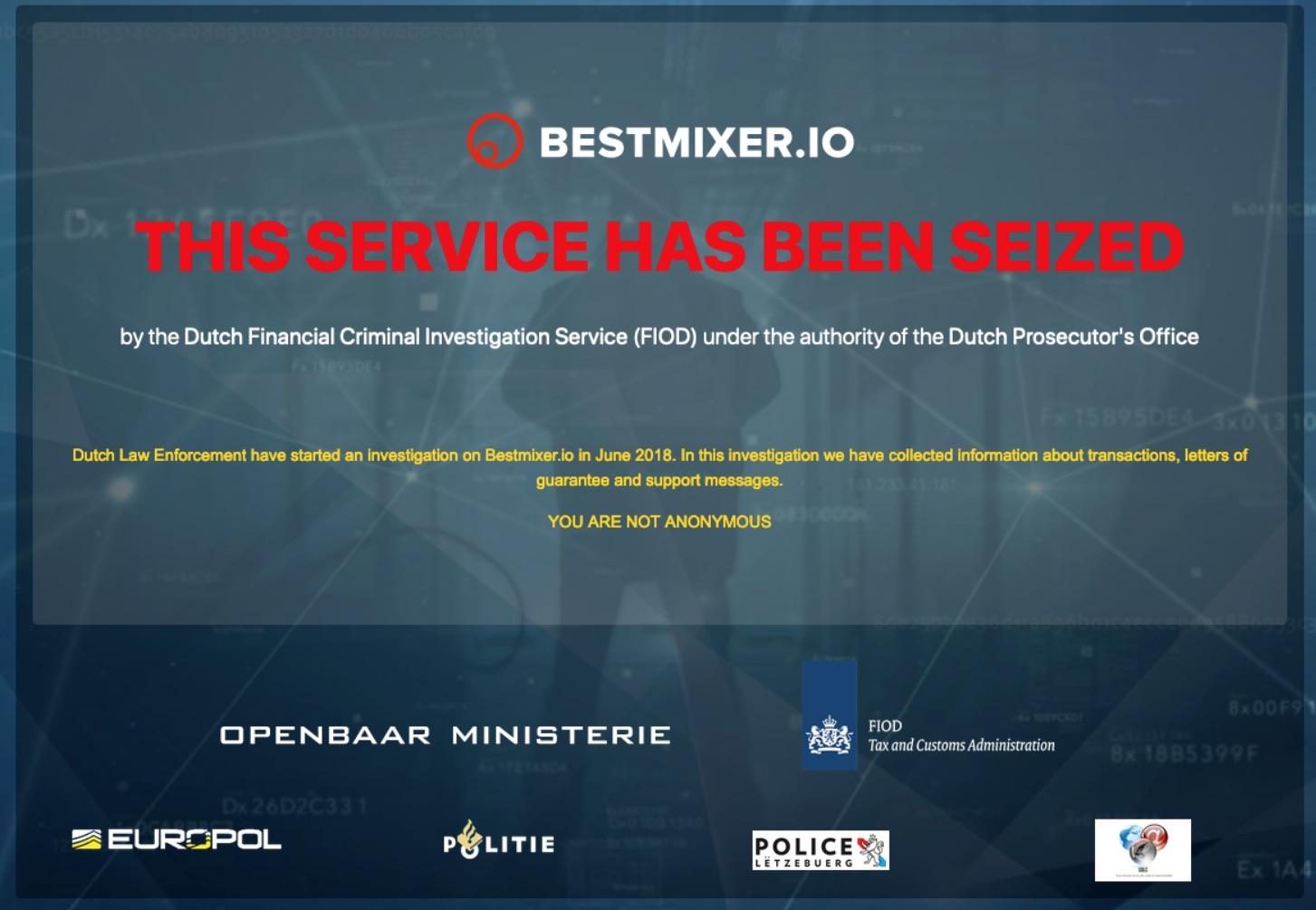 A Bitcoin address known to belong to Bitcoinmixer now holds a balance of 7.902 BTC, and it is uncertain who controls the wallet at the moment. The mixer operated for about a year, and might have helped disguise about $200 million’s worth of funds. The chief accusation against the service was enabling money laundering.

Bitcoinmixer posted as late as May 19 on the Bitcointalk forum, and the service was fully operational. The thread was extremely active, and extolled the privacy afforded by the service. But the latest messages from authorities created renewed worries and speculation.

Statements were made that users of the Bitcoinmixer have been identified, with their wallet addresses on record, as well as regions of origin. Speculations were made that the service may have been in fact run by law enforcement, to gather data of using Bitcoin to transfer funds for obscure or illegal purposes. Supposedly, the investigation against Bitcoinmixer started just months after the service launched.

Users on Bitcointalk were also worried that the service may have kept sufficient logs, despite its claims on protecting user anonymity. Other mixing services are suspected, going as far as to expect a law enforcement honeypot.

Coin mixing services are used to disguise the origins of coins, mostly Bitcoin (BTC). Suggestions were made that QuadrigaCX, the defunct Canadian exchange, may have used coin mixers to disguise and redirect its funds.

The Bitcoin network is not anonymous, but pseudonymous, and address usage can be tracked, given enough time and resources. Some coins and tokens include a built-in mixing and transaction disguises at the protocol level. But even anonymous coins may have to be de-anonymized before being sent to exchanges.