The Problem With the Bitcoin Climate Change Study Published on Nature

A study published in Nature claims that Bitcoin's adoption will cause the earth's temperature to rise past a crucial warming threshold.

The highly-acclaimed research journal Nature just recently published an alarming study on Monday that claims that Bitcoin may push the planet past its meltdown point with its electrical consumption.

“Should Bitcoin follow the median growth trend observed in the adoption of several other technologies, it could equal the global total of cashless transactions in just under 100 years. Yet, the cumulative emissions of such usage growth could fall within the range of emissions likely to warm the planet by 2° C within only 17 years,” the authors wrote.

The study cited the 2015 Paris Agreement’s goals for global warming as a reference point for the temperature rise. As for the CO2 required to achieve that, the study’s authors used earth system model projections to find correlations in temperature increases and atmospheric concentrations of the gas.

The group of researchers then simulated what Bitcoin mining would look like in the future if it were to experience the same widespread adoption over time as credit cards, electricity, and dishwashers.

“The likely future of Bitcoin has been broadly discussed in online forums with opinions ranging from it being a case of boom and bust, or alternatively, an early stage in a ‘new industrial revolution.’ We studied the carbon emissions of Bitcoin if it follows the adoption trends of other broadly used technologies… Data include the year and percentage of the population using the given technology,” the authors wrote.

Lumping cryptocurrencies—especially those that use proof of work algorithms—in with climate change isn’t something new. It’s also the reason why some mining companies have begun adopting the mantra of “green mining.”

However, a short exploration of this study exposes a couple of flaws that may have not been obvious but could have been accounted for with a fairly modest amount of foresight.

Not all electricity is created equally

Although averaging fuel consumption for electrical power can provide helpful historical context and present-day statistics, it’s a terrible way of predicting the future.

China’s coal price, for example, has been going through the roof since June last year, up from around $70/MT to around $110/MT as trading finished on Monday. These price trends are likely to continue as China continues to beat the drum of pollution reduction, having numerous implications for the electrical power industry of the country.

This isn’t the only instance in which we see this trend; it’s also visible throughout Europe and Asia.

Moving past this microcosm of price trends, the greater point is that the research assumes ad pedem litterae that current trends in fuel prices will stay in place and that countries around the world aren’t pushing for greener electrical infrastructure.

Most of the largest and most prolific miners established recently have chosen destinations like Ocean Falls, Canada or Iceland. These are places where electricity is provided by hydroelectric or geothermic means, using little-to-no carbon-based fuels to get juice from their generators to consumers’ wall sockets.

Also critiquing the study on this particular point is Eric Masanet, a sustainability and climate change researcher at Northwestern University, in an email to The Scientist.

“While the future growth of cryptocurrencies like Bitcoin is highly unpredictable, we do know that the global electric power sector is decarbonizing and that information technologies—including cryptocurrency mining rigs—are becoming much more energy efficient. It appears the authors have overlooked these two latter trends in their projections, while simultaneously insisting on tremendous growth in cryptocurrency adoption, resulting in inflated and dubious estimates of future carbon emissions,” he wrote.

But even if everything is true…

The relevance of whether the study is accurate in its findings or not is overshadowed by an even greater elephant in the room: Adoption isn’t what’s causing higher electrical consumption.

The fact that the Nature study equated Bitcoin’s adoption with the electrical consumption produced by mining shows a slight faux pas in its reasoning. The network’s total consumption in gigawatts does not depend on whether there are thousands or millions, or even billions, of adopters trying to make transactions.

To hammer this point further, below are two graphs representing a couple of metrics in Bitcoin’s network since its inception. 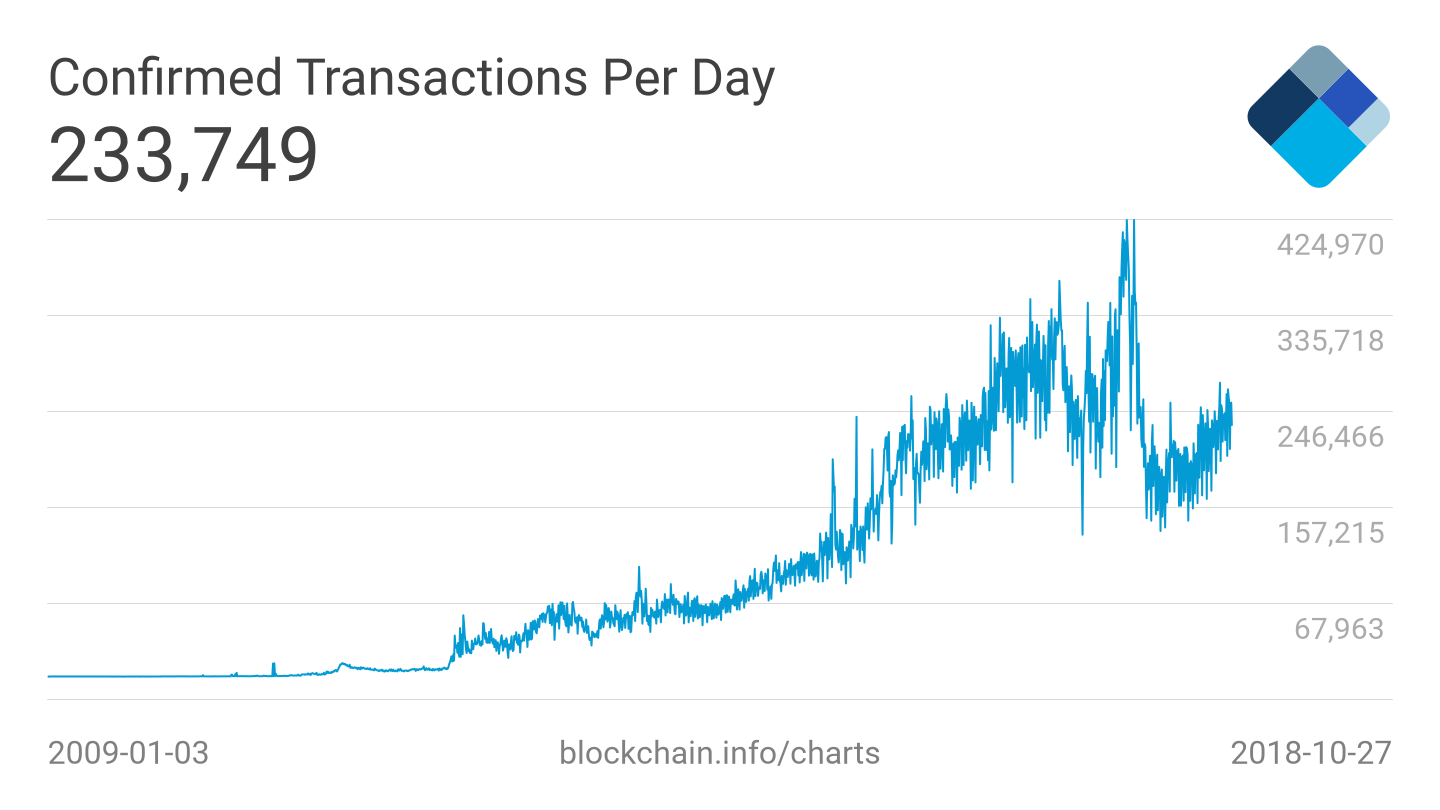 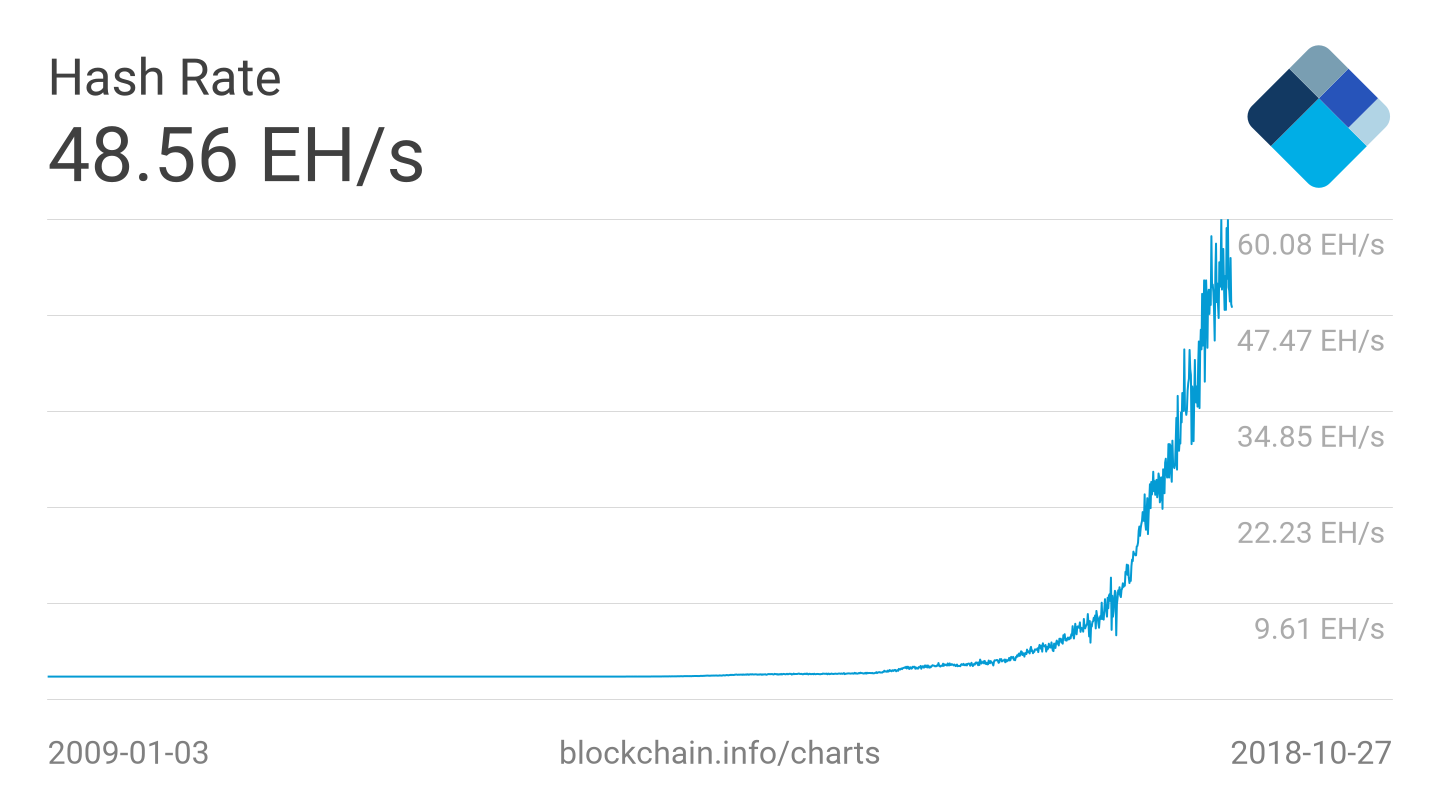 These two data sets alone provide two pieces of context that were missing in the study:

More importantly, upon examining the BTC hashrate over the last 180 days, another pattern emerges. 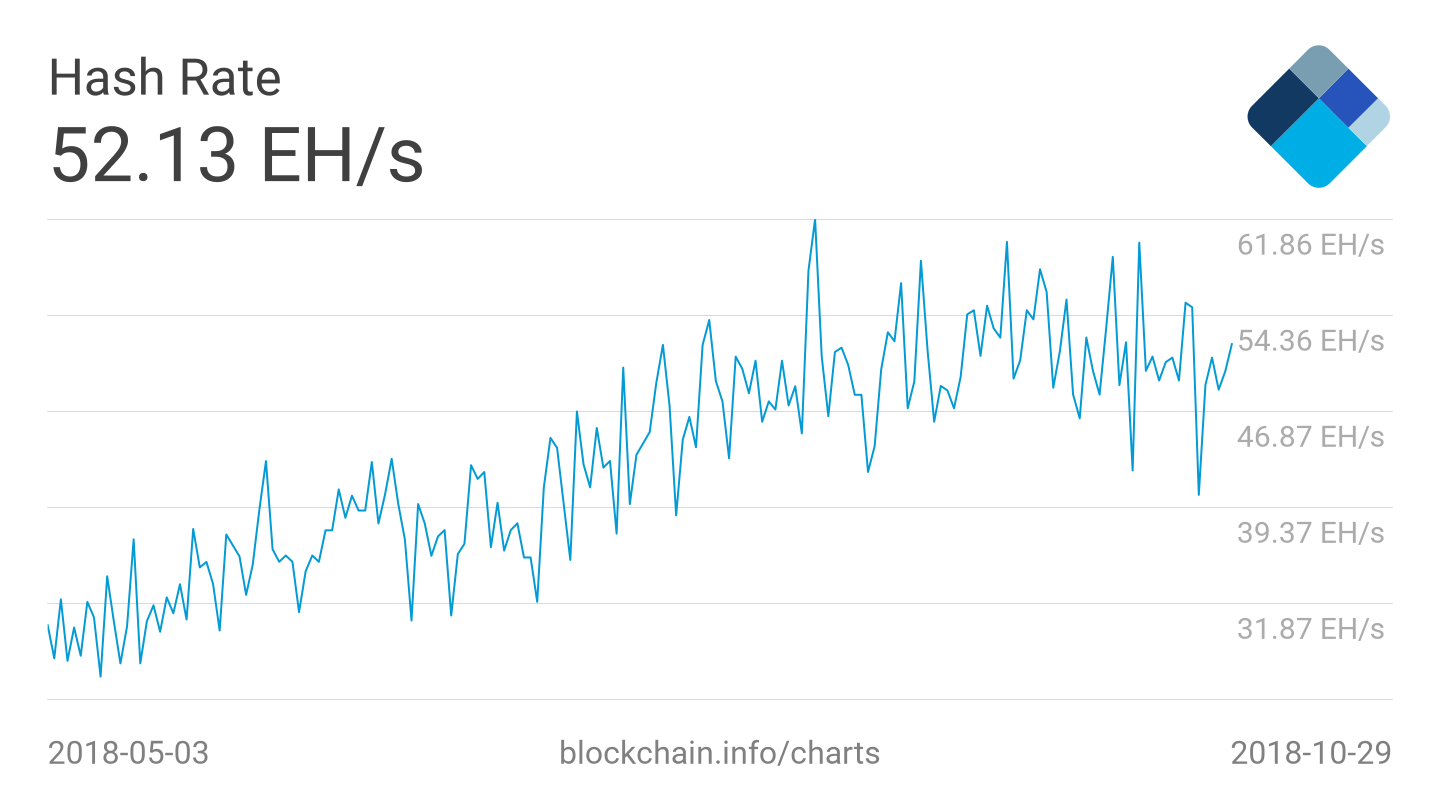 As mining becomes less profitable, it will start to plateau. Right now, this is the trend we’re seeing.

Of course, all of this could change over the next few months if institutional investors begin injecting capital. Still, we anticipate that mining trends will continue to be affected regardless as the reward for doing so is halved every few years.

The ultimate conclusion here is that even in a perfect world where earth system models are pristinely accurate and every country kept using coal, oil and gas in the exact same proportion to generate electricity for the next 50 years, to say that Bitcoin would push the world past the two-degree-Celsius warming threshold is inaccurate even in the most generous circumstances.