Bitcoin went on to become a global phenomenon in 2017 - mentions on CNBC, Bloomberg, Forbes - TV spots, heck even the CEO of JP Morgan felt compelled to comment on it. It was unstoppable, it was dreamy, it made millionaires - and then it all came crashing down. Now everyone is asking whether Bitcoin will do a repeat of 2017, will it ever go back to $20,000? Is Bitcoin dead? Let’s put it all in perspective.

Firstly, 2017 was not a normal year by any measure. Bitcoin went from just under $1,000 in January to almost $20,000 in December. That’s a surge of roughly 2,000% - unprecedented and unheard of. It was far from natural or sustainable and in hindsight, it was foolish to believe that the only way forward for the digital currency space was ‘up’. 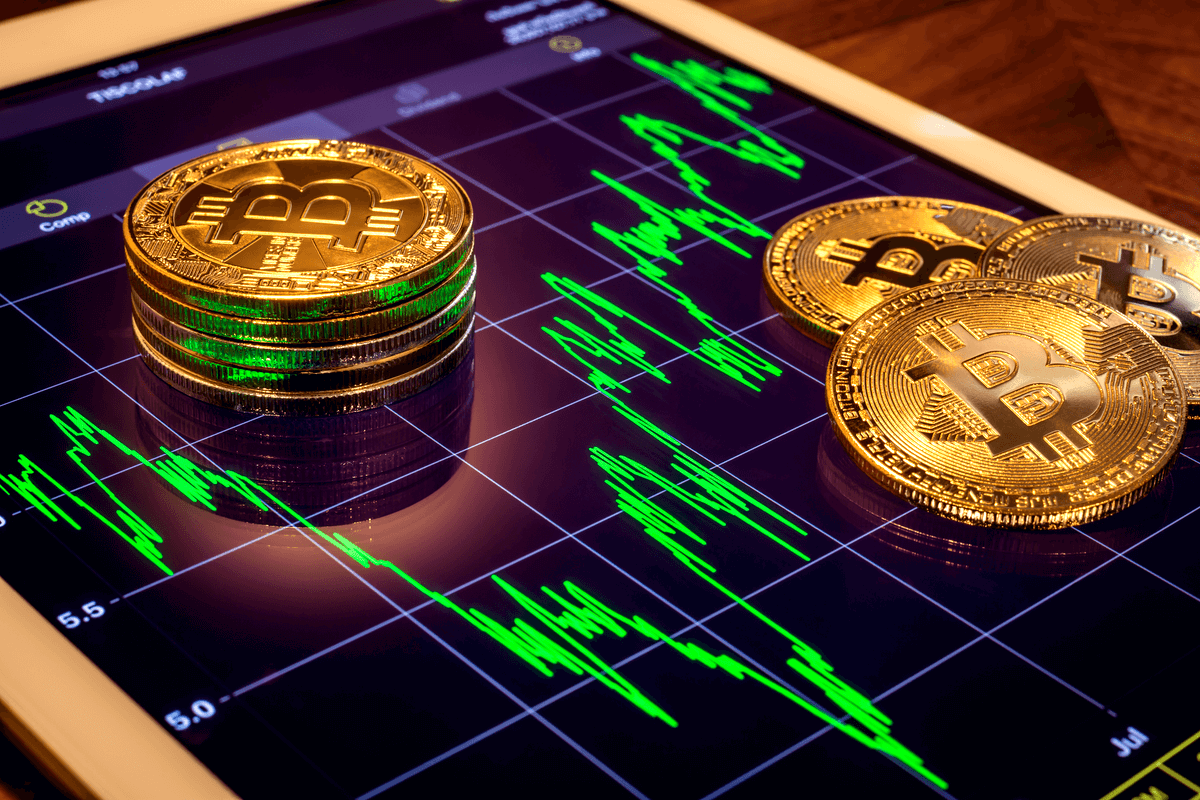 We also need to objectively take a look at the factors which drove the price up in 2017:

Everyone wanted a piece of the pie and at the time it just kept growing, causing a general sense of euphoria, reaffirmed by crypto Twitter and calls for $100,000. If your grandmother is throwing her savings into Bitcoin, it means the hype is big (unless she understands the technology) and people are jumping in due to fear of missing out. These same investors are the ones who bought at $20,000 in December but are afraid to buy at $3,500 now.

Everyone willingly ignored the fundamentals - i.e. an asset class cannot appreciate in value in the absence of actual utility and/or an established intrinsic value. With Bitcoin, the tech is far from mature, it’s legacy and the original coin, but when it comes to scalability and actual, real-world usage, it leaves much to be desired. Despite all this, money kept coming in and the price kept appreciating.

Lack of instruments to profit from shorting

Another reason why Bitcoin kept appreciating in 2017 was the lack of shorting instruments - longing Bitcoin and holding for long-term gains was the only move that made sense - but then came Bitcoin futures, which made it profitable to bet against the price going up and then shorting to profit from the contracts. This put a lot of downward pressure on the price.

ICO mania was at its peak

ICOs were springing up left right and center, and while some of them were profitable, most were duds and people still poured money into them, hoping to find the next 10x opportunity. This led in high demand for ETH, which also climbed significantly and crossed the $1,000 mark and was nearly $1,400 in January 2018. Once again, this ICO mania was unsustainable, coupled with the fact that many projects were essentially selling unlicensed securities. It was a lot of trouble in the making.

2018 started with the price dropping significantly, suddenly the market did not seem like it would continue to go up, and it was a rude awakening for all the speculative, uninformed investors. ICOs were quick to fall too, with several turning out to be dead projects and the U.S regulatory bodies cracking down on the sale of unlicensed securities.

The thing with the crypto space is that it moves really, really fast - and you can lose tens of thousands in less than an hour, depending on how much you put in, and most people saw losses during 2018 due to the market decline and also lack of active management. 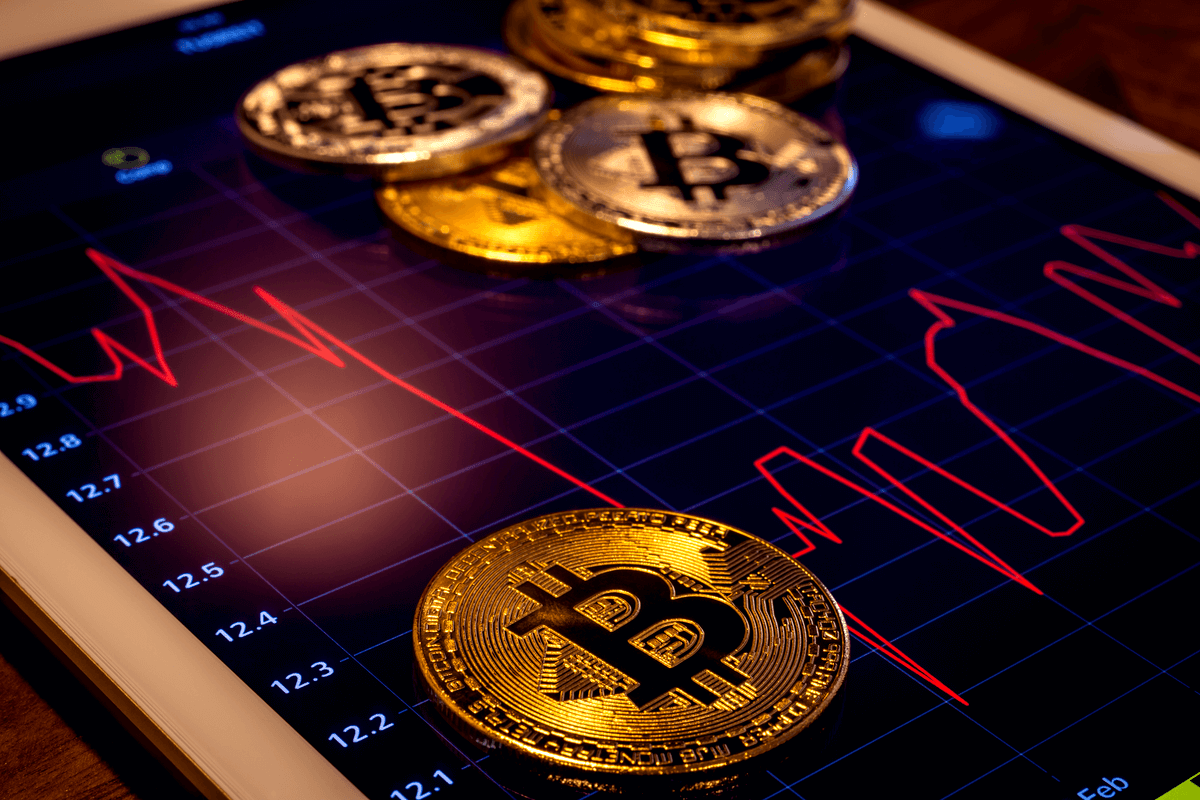 When the market was not moving sideways, it had minor peaks and then further drops, really sucking the hope out of those who thought the market would turn around any day. All this, coupled with ETF proposals being rejected, major projects postponing their launches and more ICOs failing, 2018 was a wet blanket for crypto.

However, the correction was normal, and the factors which drove the price up in 2017 were disappearing. The price dropped yes, but the market matured for the better.

The new year has been rather uncertain as yet, with Bitcoin dropping and rising in very tight patterns, finding a low around $3,400 in early February and a high around $4,200 just yesterday.

We have ETF proposals from VanEck-SolidX and Bitwise & NYSE Arca pending in front of the SEC and plans for Fidelity to launch its institutional custody solution and Bakkt to launch its future products are also expected to materialize this year.

With the general crypto market surge in the last couple of weeks, we saw double-digit percentage appreciations in ETH and Litecoin, and Bitcoin also rose around 23%, prompting many to ask whether the bottom was in and the bear market was over. However, yesterday’s drop of around 9% put that idea under doubt.

Regardless of whether the bear market is over or has a few more months to go, let’s take a quick look at Bitcoin’s yearly lows (these are rough figures):

These yearly lows have mostly appreciated, with the exception of 2015, but the general trend seems to be in favor of Bitcoin growing steadily. Moreover, with the global economy in turmoil, for instance, the trade war between USA and China, it is more likely that Bitcoin will appreciate in the future as investors turn towards instruments not affected by regional issues.

Just like 2017 was an iconic year for crypto, 2019 also holds a lot of promise, and can result in more accessibility and acceptance for crypto as a legitimate asset class institutional investors and Wall Street can seriously consider. However, it is unlikely that we will see a repeat of 2017, as the factors behind that surge were circumstantial and not likely to resurface again. That being said, Bitcoin is far from dead and sustainable steady growth is better for everyone compared to the haphazard, speculation driven and hype-boosted price appreciation we have come to expect from crypto.

Your Essential Cryptocurrency Taxation Guide for 2019